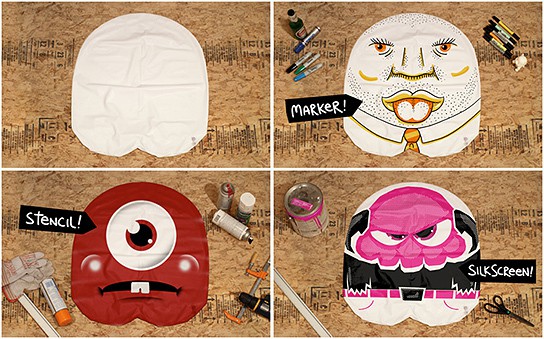 love collecting cute, arty stuff including vinyl figurines? then you should be familiar with vinyl collectibles such as bearbrick, munny, dunny et cetera. physically, these vinyl figurines look the same but what set each of them apart is the awesome graphics that each toy sports. that said, we want to introduce you to a whole new world of collectibles: the Blimpus. Blimpus differs with the rest of the collectibles in two major ways: first, it is not a solid vinyl – it is an inflatable PVC vinyl canvas and second, it comes as a flat blank canvas which makes creating design much easier.
[ad#Google Adsense-text-468×60]

being blank, the Blimpus lets you unleash the arty side of you. the empty canvas allows for customizing with markers, tape, spray paint, screen printing and almost anything else you can think of. once done, just inflate it and you will have your one of the kind vinyl collectibles. we would think is the coolest collectibles since the bearbrick (or some think, Munny). the dudes behind the Blimpus are Chicago-based Mike Serafin and Tony Ruth, and you can show your support and pre-order your Blimpus via their Kickstarter page. a minimum pledge of $20 will get you an entry-level Blimpus in pristine white vinyl that you can customize. needless to say, more rewards will come to you if you pledge more. 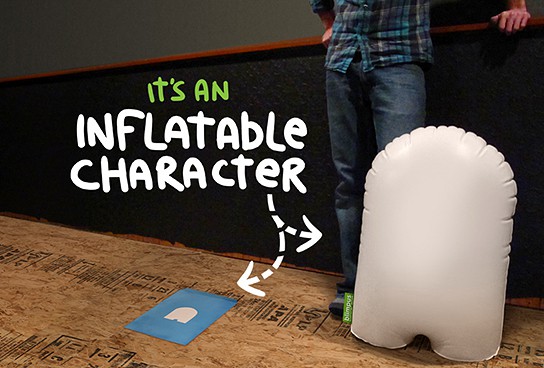