I am sure you have seen lava lamps and have, at one point in time, been mesmerized by the blobs floating up and down the liquid-filled lamp. Lava lamp was invented in 1963 and the ‘lava’ isn’t really the lava that spits out of volcanoes (you do know that, right?). It is actually colored wax and the floating effect is due to the heat from the light source below it that changes the wax density. There is some science behind it, but not as much as the Ferrofluid Lamp, which we thought could potentially usurp it as the ‘lava lamp’ of the 21st century. As the product name implies, the blob (or blobs) inside the clear liquid is, well, ferrofluid and thus, the Ferrofluid lamp is a motion lamp with rising/falling blobs and it is also a novelty science (or art if you will) product that allows you to use magnets to change the form of the blobs and dictate their movement inside the purposed built bottle. Think of Ferrofluid Lamp as an interactive lava lamp of sort. 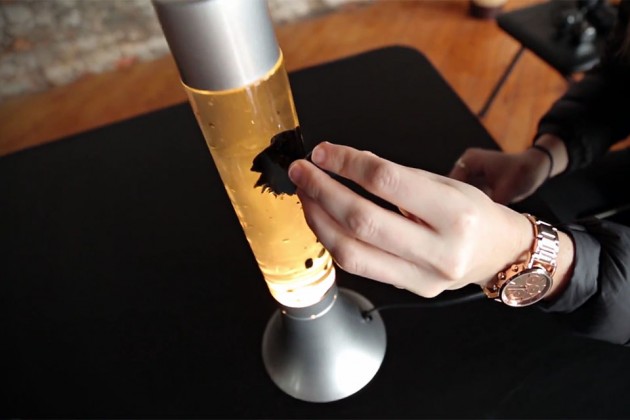 But what exactly is ferrofluid? Ferrofluid, in simple terms, is a magnetized liquid, which explains why the blobs react to magnets. Like the good’ol wax lava lamp, ferrofluid is also sensitive to heat. At its cool stage, it is denser and sits at the bottom of the lamp and as heat is introduced (in this case the heat is coming from the light source below), it absorbs the heat and becomes ‘lighter’ which makes it ascend. As it cools down, the density changes again and it becomes ‘heavier’ and falls back down. And the process just goes on and on as long the light is turned on. So yeah, it is a lava lamp, but only cooler because now you can interfere with the blobs moment and create a whole bunch of unexpected shapes and movements. Pretty cool, right?

If you are intrigued by it, you can pre-order it from Kickstarter for an early bird pricing of $149 a pop. That, btw, is called Inspiration. There’s another model called Thinker, that’s not actually a lamp but one that contained a permanently magnetized bolt in the bottle and comes with magnets for you to tease the 3ml worth of ferrofluid inside. See it in action in the video below. 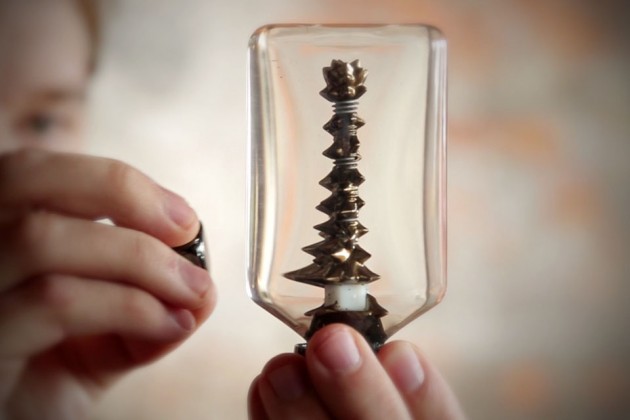 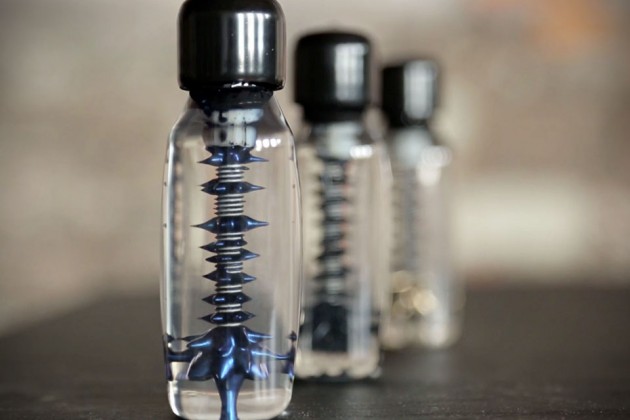 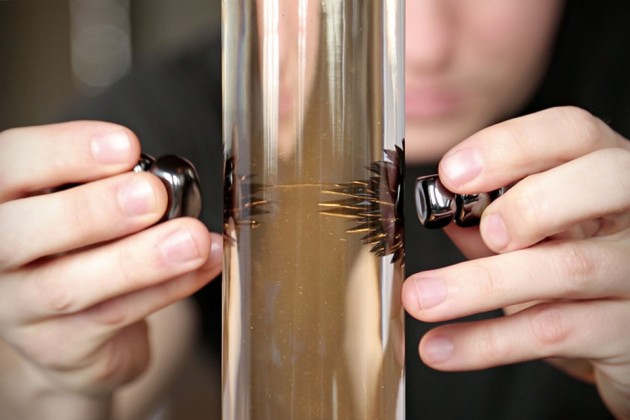