imagine this: getting into a packed lift and feeling the need to break wind, and when you eventually did (God forbids), you know the embarrassment that ensues. with the Flatulence Underwear, that will be a thing of the past. well, why shouldn’t it be? especially when it is based on the technology found in chemical warfare suits which can stop smells 200 times stronger than average fart. so if it is good enough for Mustard Gas, it should be just as good, if not better, in countering those foul smell coming out from your a-hole. pardon us for the language. we just couldn’t find any better terms to go with it (anus is just way too medical for us).

this seemingly unassuming underwear features a highly porous active carbon back-panel that will keep that uncontrollable, nasty flatus trapped and neutralized. just think of it as a catalytic converter of a motor vehicle and you’d be doing a great favor to the people around you and the environment. so with the Flatulence Underwear slipped on, you will never have to fear when the next obnoxious gas is making its way out, well… almost, cos’ the accompanying sound effect will still be there to make your presence known. until the day silencer is available, a controlled release, or at least, a distraction of some kind, such as sneezing, coughing or any loud noise that will draw attention away from southerly opening, is highly recommended, unless leaving an impression is what you crave for.

the Flatulence Underwear aka the farty pants is available for both men and gentle ladies (yes, ladies. you heard it), in a choice of styles and goes for £19 and up a pair, or about 32 in American green backs. 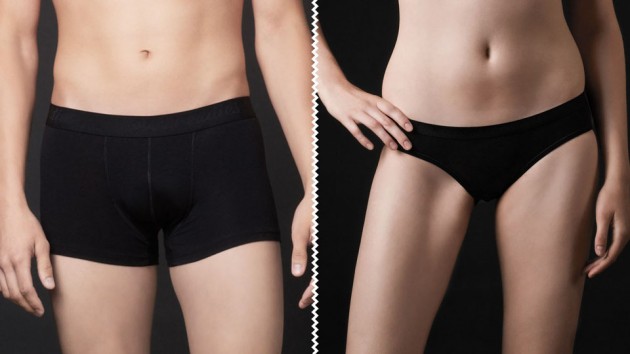