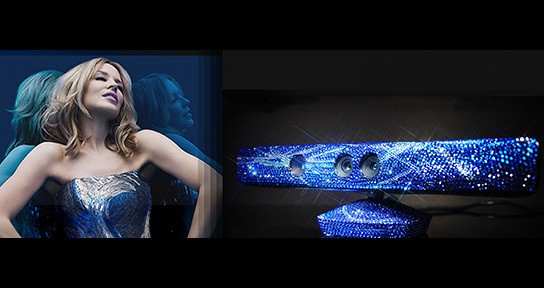 there are nothing in common between Australia pop diva Kylie Minogue and Microsoft Kinect, until now. so is Kylie going to do a Kinect dance on her tour? nope! as part of her tour “Aphrodite Les Folies”, Kylie will making 35 appearances in 15 European countries, including Czech Republic. the stop over at Czech Republic was unlike any other concert, as Microsoft Xbox 360 Kinect will spiced up this particular event with fifteen Xbox 360 and Kinect gaming stands. in this stop, fans had the opportunity to dance to the tune of Kylie’s hit “Can’t Get You Out Of My Head” featured in the video game ‘Kinect Dance Central’.
[ad#Google Adsense-text-468×60] 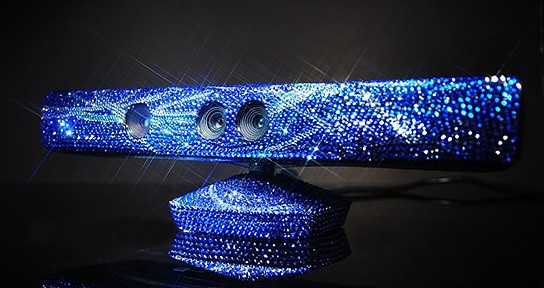 (image credit: Microsoft CZ) dazzle your eyes with 6000 Swarovski crystals on this Kinect

however, the Kinect that was used is not just any Kinect. it is a Kinect blinged out with six thousand Swarovski crystals all around its casing. the color composition of the Swarovski crystals is inspired by Kylie’s latest album “Aphrodite” and hand-decorated by Play Bling. the estimated cost of the glittery Kinect is €899 (about US$1,246) but there is no word on whether it will be made available for purchase. 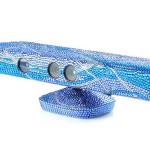 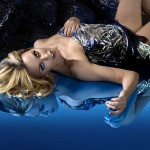