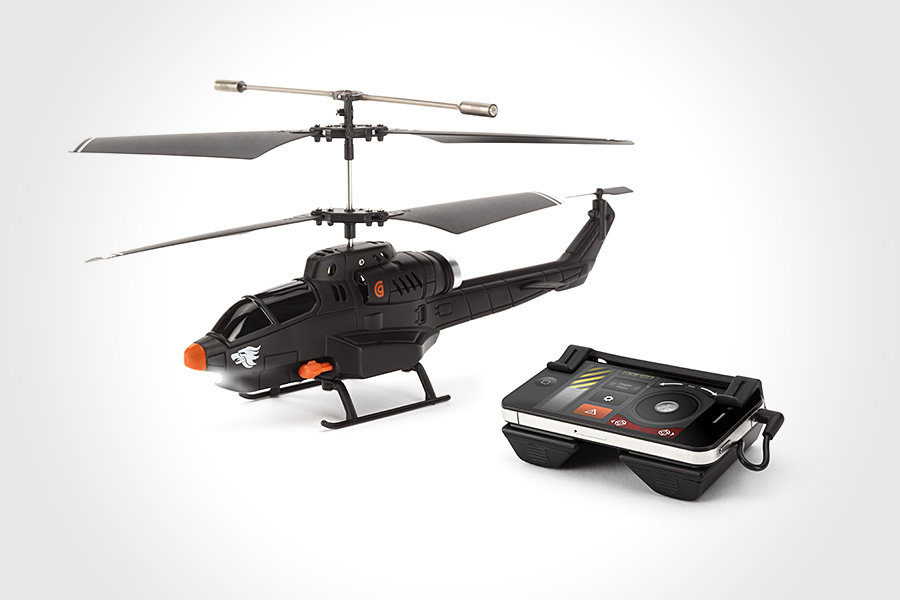 get an edge over your missile launcher-equipped colleagues in an office cubical warfare with the Griffin Helo TC Assault, an updated iteration of the original Helo TC, an iPhone App controlled helicopter. as the name suggests, the Helo TC Assault gives you the added thrill of sending six live-fire missiles at your war-waging colleagues, along with the advantage of air mobility. Desk-based missile launcher versus remote controlled helicopter with missile launcher, it’s a no-brainer who would be the last one standing, doesn’t it? and when you are exhausted by the waging war, just tap on the new Auto Land button and bring your Helo TC Assault down safely. the added goodness of six launchable missiles will add a $10 premium over the original, setting you back at $59.90 and is slated to hit the stores this Spring.