Fans of Iron Man and comics legend Stan Lee may want to check this vinyl figure set out. Coming from Hong Kong-based Fools Paradise, I Won’t Be A Robot, Lee Vinyl Figure Set, as it is called, features a Fools signature caricature-style character Lowfool in ‘Tony Stark’ guise in a half Iron Man suit, accompanied by the father of superheroes, Stan Lee. In this vinyl figure set, Lee appeared to be cheery as always, holding a cooked full chicken while Lowfool Stark/Iron Man aims at the chicken food with his repulsor, presumably cooking it. 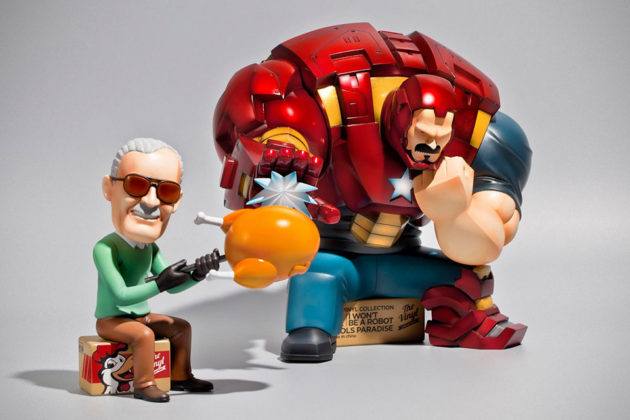 Lowfool here, in contrast, is gloomy and appeared to be obliging to ‘repulsing’ the chicken. Not exactly a sight that will please vegans, but chill, it is, after all, a toy. Plus it looks kind of fun and fun is what Fools Paradise is about anyways. As before, the vinyl figures are crafted from a combination of vinyl, PVC, ABS and of course, resin, and has limited articulations.

As with other Fools Paradise’s works, I Won’t Be A Robot, Lee Vinyl Figure Set will be offered in limited quantities and in this case, only 398 pieces worldwide. June 6, 2017, 12AM HKT is the date to remember if you want to secure yourself a set because that’s when the pre-order starts. Price-wise, you are looking at $299 plus shipping ($30+) investment. 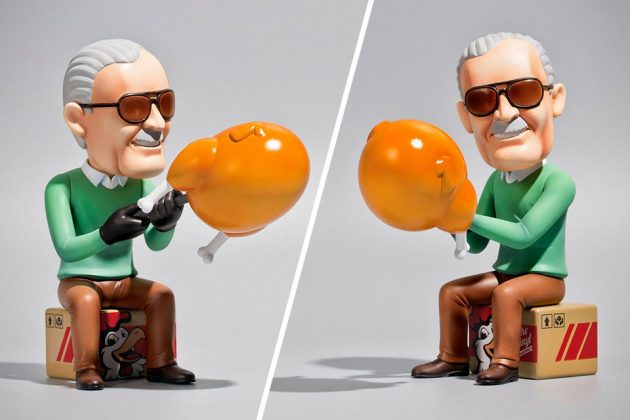 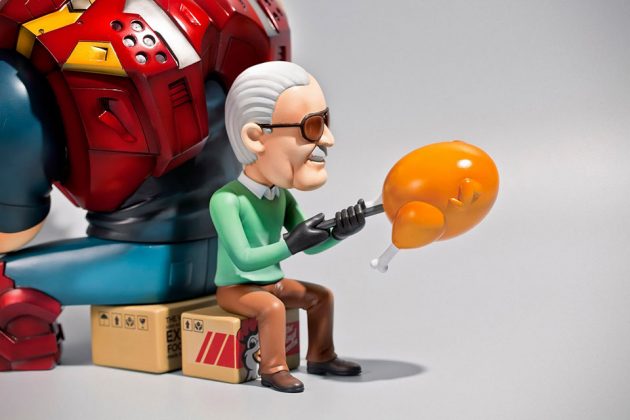 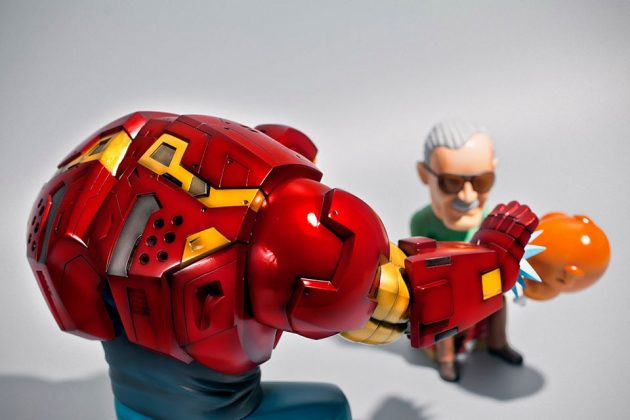 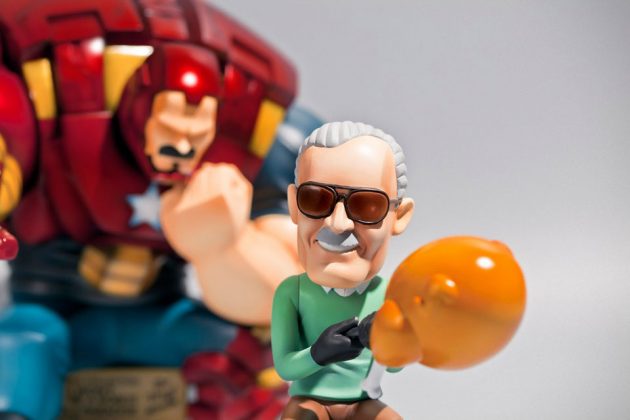