There is only one word to describe the Land Rover Defender’s design: timeless. Though it has been through several iterations, facelift and whatnot over the three decades or so in existence, its outlook remains largely the same. Sadly, the UK automaker will cease producing this iconic off-roader later this year and apart from rolling out a trio of commemorative Land Rover Defenders, it is only fitting that this rugged and much-loved ride be involved in one of the world’s most prestigious sporting event: the Webb Ellis Cup. Dubbed Land Rover Rugby World Cup 2015 Defender, this one-of-the-kind bespoke Defender is created by Jaguar Land Rover’s Special Vehicle Operations and is based on a 110 Station Wagon (we insist its an SUV). 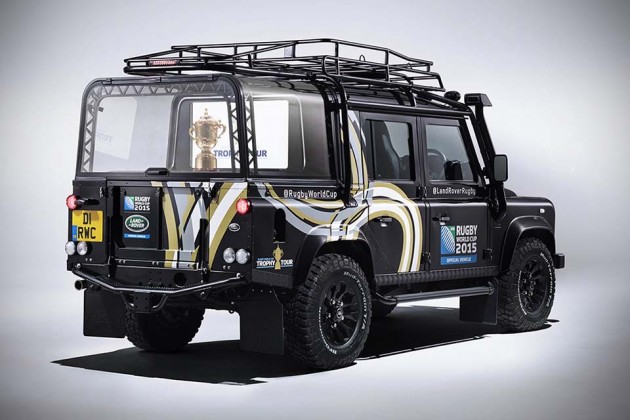 The vehicle garbed in black paint job and decorated with Rugby World Cup 2015 official graphics package, features a custom rear section designed to display the Webb Ellis Cup. The glass trophy cabinet boasts a state-of-the-art climate console system to prevent fogging, anti-glare security glass and lighting to ensure the trophy will be visible at all times as it make the 100-day Rugby World Cup Trophy Tour across UK and Ireland. In addition, a 40-inch flat-screen TV displaying memorable moments from Rugby’s illustrious history serves as a backdrop to the shiny golden trophy. Every aspect of the cabinet, including the temperature, lighting, as well as the locking mechanism are controlled via an app installed on a 10-inch Toshiba Windows tablet. 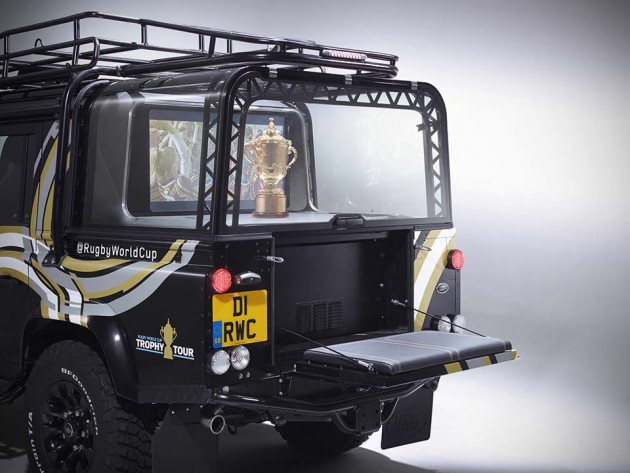 As handsome as it might be, we can’t help but to associate the glass rear section with a hearse, which is not exactly a good thing, isn’t it? Do not get us wrong. It is still a beautiful vehicle (and always will be), but it is hard for us to come to term with the hearse-like glass rear section. That’s just us. Catch the unveiling proceeding in the embedded video below. 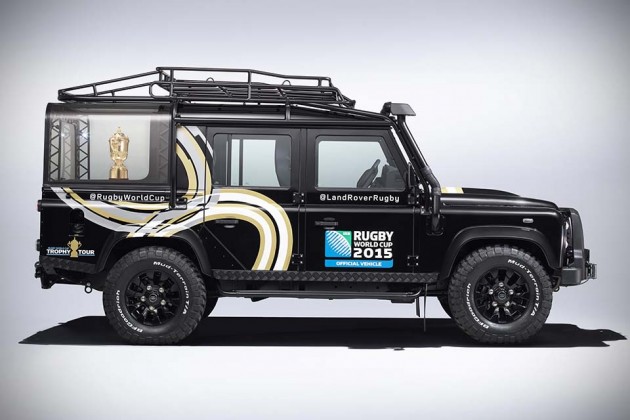 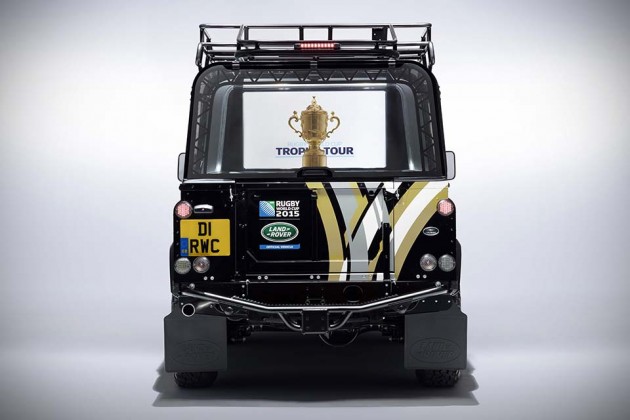 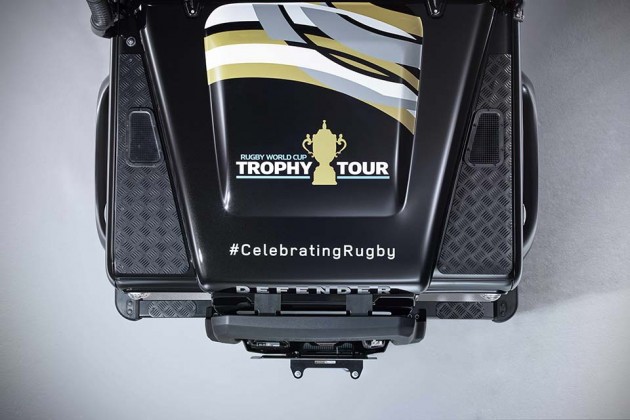 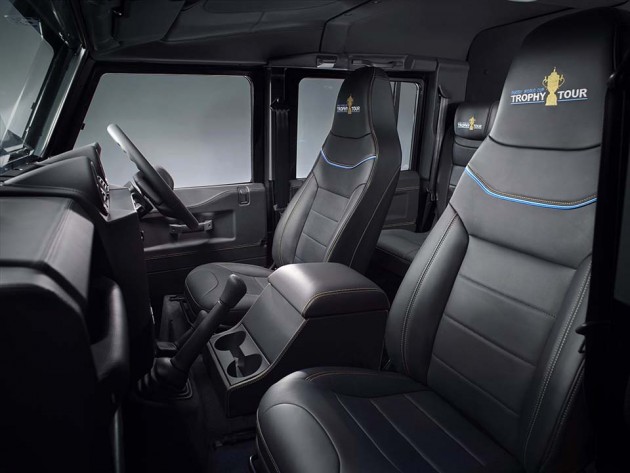 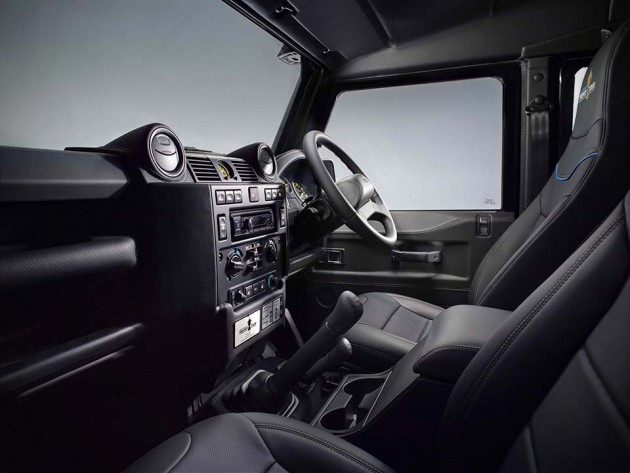 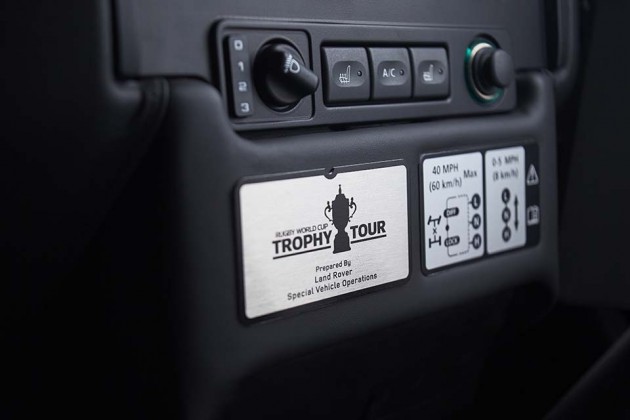