You know how it is with conventional lamps. You plugged them into wall outlets, switch to always on, and toggle on/off using an inline switch on the cable or a switch on the lamp itself. Whichever way, we have to agree that they are not always easily accessible. The Lightbox solves this by adding a tether-free switch, which we can only describe as truly unique and even revolutionary. Despite looking like a block of wood (which it really is, btw), it is actually a switch, which you can turn on and off the lamp by changing its orientation, such as flipping it from landscape to portrait position to switch on the lamp, and vice versa to off it. 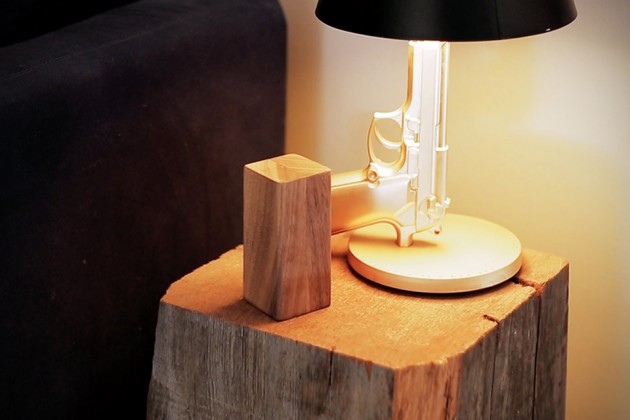 There’s no cause for alarm. No sorcery involves here. Instead, the magic lies in the electronics, which includes accelerometer, that detects the change in orientation to turn the lamp on/off. To get it to work, all you need to plug the supplied receiver into the wall outlet and plug the lamp into the receiver (think WeMo and the likes). At this point, you need to make sure the wall outlet and the lamp’s switch are always on and you are pretty much good to go.

The receiver is “normally off,” but when the orientation of the block changes, Lightbox fires off a low power RF signal to the plug-in receiver, which let loose the electrons to light up the lamp. Very unconventional as far as switches are concerned and no doubt, a conversational gadget.

Lightbox is collecting funds to take itself to production so you can enjoy such stylish convenience. You can help to make it a reality by making a pledge of $58 or more. If all goes as plan, it will be delivered to you sometime in March 2016. Check out the product pitch video to catch the Lightbox in action and be impressed.