step aside Minority Report – before gesture really gets into the hands of millions (save for Samsung gesture-capable HDTV), we are already seeing the possibility of a la-Tony Stark augmented reality system that any average joe can acquire and that system is none other than the META SpaceGlasses, a pair of advanced augmented reality glasses that’s also a wearable computer. everything that’s happening will be worn on your head like the lady did in the above image. Google Glass maybe sleek, but the SpaceGlasses is in a league of its own and like we mentioned earlier, it is capable of performing tasks much like what Stark had been doing in his Malibu estate’s basement – manipulating virtually reality objects.

the META SpaceGlasses was a successfully funded project on Kickstarter project ended sometime in June last year. for those who missed it, you can pre-order yours now for $667 a pair and expect delivery as early as November 2013. two versions are available: a developer version as depicted in the video which you can find after the break, or a consumer edition which is sleeker (see rendered image after the jump), but to be delivered “a few months later” after the developer edition. the augmented reality glasses features two LED backlight projectors on the sides that projects stereoscopic, semi-transparent images onto the transparent display in QHD resolution, dual cameras – a HD RGB and IR Time-of-Flight camera – with depth-sensing capability and stereo audio, and a “9 degree of freedom sensor” which comprises of 3-axis accelerometer, 3-axis gyroscope, as well as 3-axis compass, captures the user’s hand movement to facilitate the interaction with the virtually objects.

the glasses comes bundled with a handful of software to get you started and these includes chess, 3D sculpt + print tool, laser tag, voxel editor, plus MetaCraft (a MineCraft simulator). however, Unity 3D SDK, which is necessary for software developments, is not included. 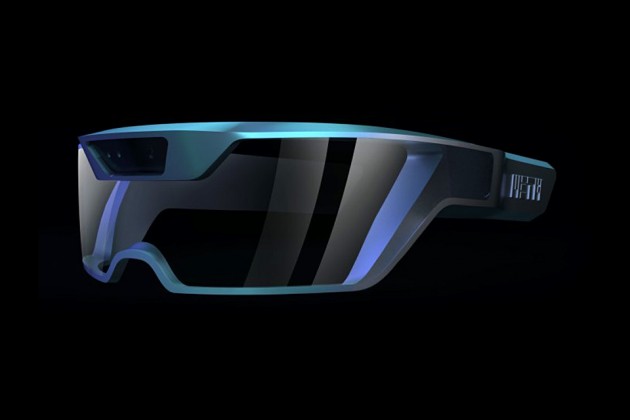