Remember the NERF Rival Overwatch Reaper Edition Blaster that is based on the Reaper’s Wight Hellfire shotgun announced at this year’s SDCC? Well, here’s another one announced over at the ChinaJoy in Shanghai and it is, of course, the D.Va Light Gun. This is true to the heroine’s small arm, though clearly not in the area of capacity and the projectiles it launches. 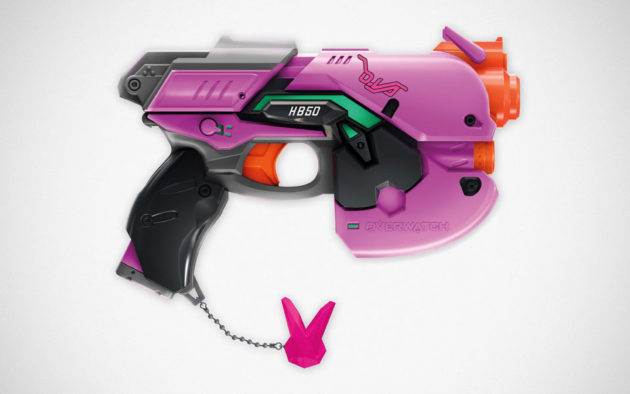 The NERF Rival Overwatch D.Va Light Gun Blaster has a modest three-round capacity and fires the foam ammunition at speeds up to 80 feet per second (about 24 m/s). It also boasts spring-action mechanism, a safety lock, a ready indicator, and finally, rounding up the package is the highly recognizable D.Va purple colorway, along with the requisite D.Va decal as well as a bunny charm hanging off the bottom of the blaster’s grip.

Obviously, the NERF Rival Overwatch D.Va Light Gun Blaster and the earlier announced NERF Rival Overwatch Reaper Edition Blaster have been DIY-ed by Overwatch fans and cosplayers, but if you haven’t already done so due to the intricacy involved or the lack of the handyman’s skills, then these off-the-shelf Overwatch-themed NERF alternatives will be here in 2019 to complete your Overwatch getup and with the added boon of enabling a real-life, epic Overwatch battle.

As with the previously announced Reaper edition blaster, the specific launch date and pricing are unknown at this point. With this second model revealed, I am sure there are more to come. The questions are, which are the ones that will make it to NERF Overwatch line and when they will be announced. We have still a few months to go. Perhaps, the rest of it, if there are any, will be revealed at other toy fairs happening around the world over the next few months. 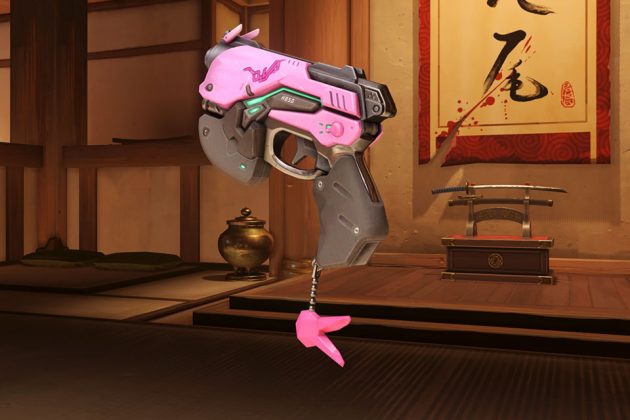