We have featured quite a number of LEGO Ideas (or LEGO Cuusoo up till 2014) submissions. Most of them caught our attention because they are themed around familiar pop culture. Beyond that, there are actually other noteworthy submissions. The Old Workhorse – Traction Engine by one LEGO Ideas member Bricked1980 is one of them. 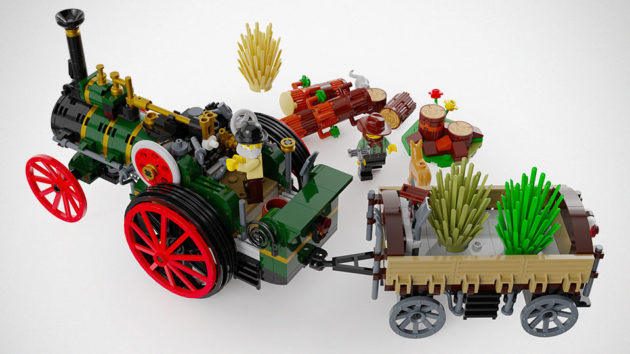 There are no wizardry involved in this proposed set. It is just a super cool, detailed LEGO version of the old, steam-powered traction engine, complete with a tow-able wagon. It comes with a couple of era-accurate minifigures, along with a dog, plus a bunch of accessories like shrubs and stuff. Play-ability is also a consideration with this set, so as display worthiness. 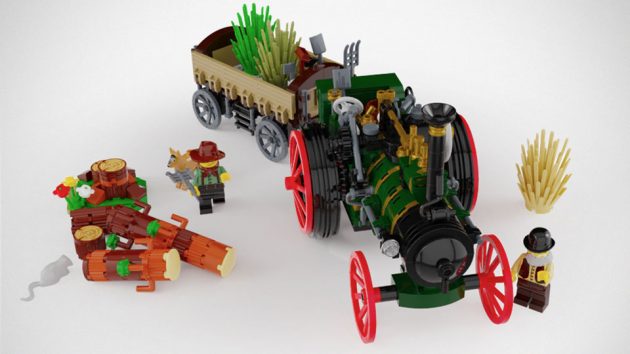 The thing with LEGO Ideas submissions, many sets’ focus is on collect-ability. Not so much in playability. But the The Old Workhorse is both. It is not a big set though; it is composed of just 480 pieces. Here are the key features proposed by Bricked1980:

TRACTION ENGINE
• Highly detailed and authentic model in classic green and red livery with polished brasswork.
• A system of cogs ensures that the flywheel spins as the traction engine is pushed along.
• Detailed cab interior complete with steering wheel and controls. The firebox door can be opened and closed to reveal the roaring fire inside (see pics).
• The front wheel axle can be turned left and right.

WAGON
• The wagon can be connected and towed behind the traction engine.
• Plenty of space inside to carry the logs, bushes and rocks.
• The sides of the wagon can be opened up to provide easy access.
• Space at the front to hold tools and mini fig accessories.

OTHER ACCESSORIES
• 2 minifigures are included along with a dog and a rat.
• Brick built logs, tree stumps and rocks.
• 3 bushes/shrubs that can be carried inside the wagon. 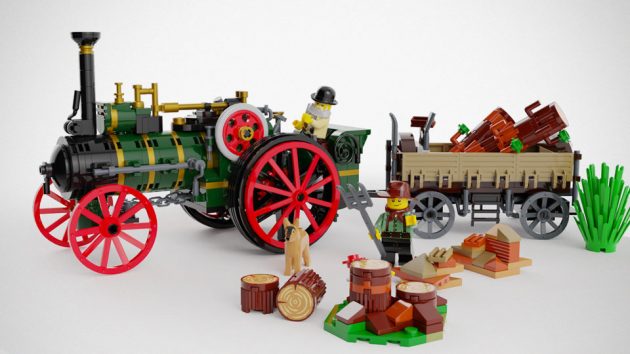 So far, LEGO MOC The Old Workhorse Traction Engine has garnered over 600 votes. If you hope to see this as an official LEGO set, you can help by chipping in a vote. 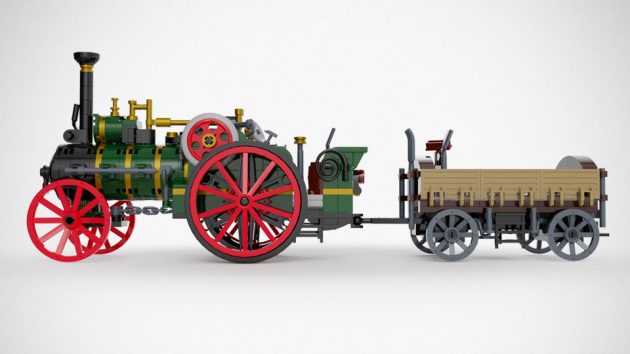 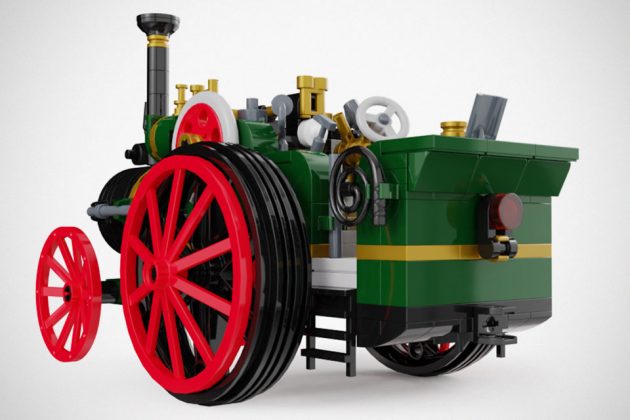 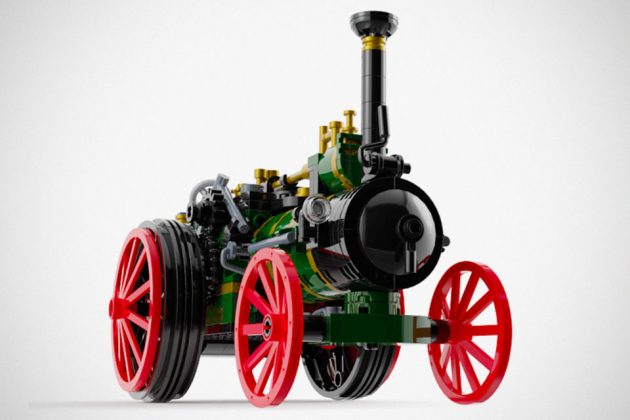