thirteen is the number of articles here tagged with Blu-ray Player, which kind of explains the rarity of this medium in today’s context. Blu-ray player is hardly the first choice device for home entertainment needs, now that streaming has taken the crown as the preferred medium, but the Oppo BDP-103D Blu-ray Player begs to differ and you will want this in your living if you are dead serious about having a beefy A/V system. it is loaded with features that both audiophiles and videophiles could only dream of, including 4K upscaling, 2D to 3D conversion, DVD audio and Super Audio CD playback (yes, those still exists), in addition to access to popular entertainment network such as Netflix, VUDU, CinemaNow, Pandora and Rhapsody, just to name a few.

the BDP-103D plays home to a myriad of audio/video formats which includes regular audio CD, HDCD, Kodak Picture CD, AVCHD, MP4, AVI, MKV and even digital contents on CDR or USB flash drives. needless to say, it also supports lossless WAV and FLAC audio formats too. and if you have exhausted all your couch-potato entertainment avenue, just plug in a Roku Streaming Stick (not included) into the MHL input and be treated to over 750 channels of entertainment. additionally, the player also offers dual HDMI inputs/outputs, which along with the rest of the features, makes this a ideal gadget for those who have not upgraded to newer HDTV sets.

finally, setting itself apart from the rest of the Blu-ray players, including those of in its own lineup, is the Darbee processing technology. what Darbee does is, it takes a normal image and give it a perceptual boost in detail, while maintaining the image original resolution. just think of Darbee as sharpness control of your TV, but it does so by playing with depth information generated from a patented human-vision-based model into either 2D or 3D video, instead of merely sharping it superficially. like i have said, the BDP-103D sure sounds like an audiophile/videophile dream machine, but it does come with a hefty sticker; expect the Oppo BDP-103D Blu-ray Player Darbee Edition to set you back a cool $599.99. 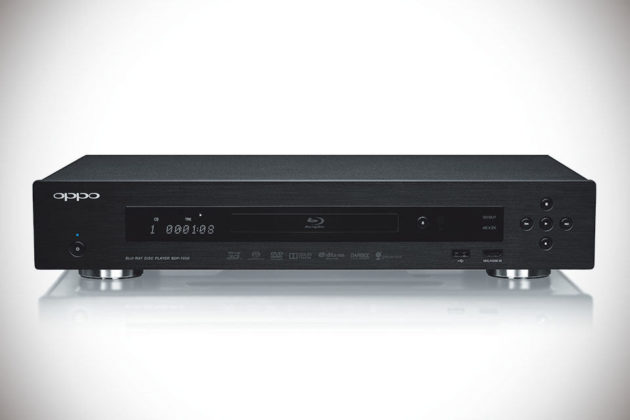