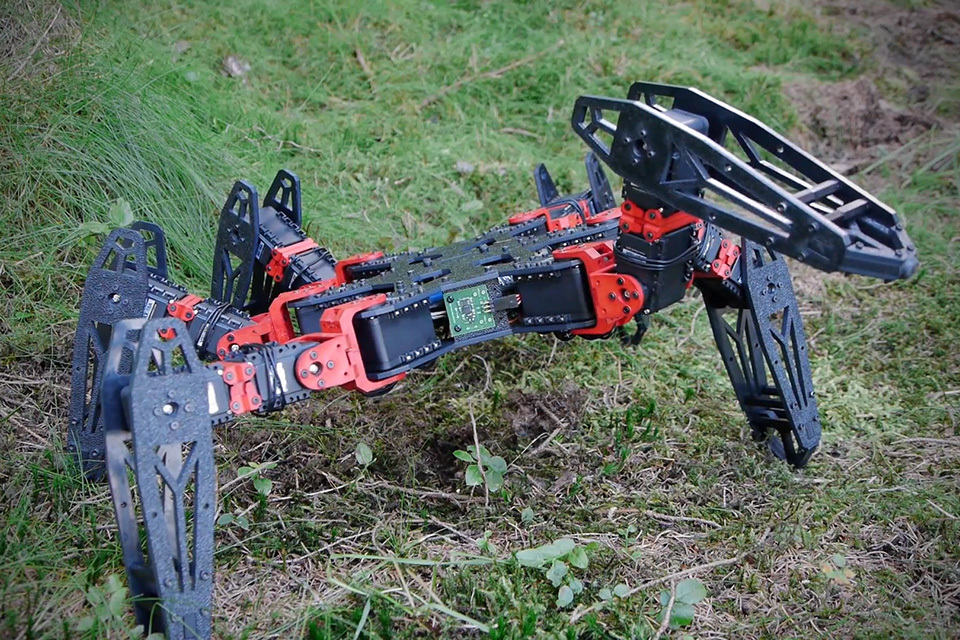 generally, we are fascinated by robotic developments and even more thrilled if it can be bought and further hacked to whatever we desire but we can’t say the same for the Phantom X AX Hexapod. while we are excited by it being a robot, its freakish agility and realism that somehow betters its living counterpart, kind of creeps us out. this giant size robotic spider scuttles like a real flesh and blood arachnids (probably much faster) and its creepiest capability, if it even can be considered as a ‘capability’, is that it will still remain the fast plastic-metal creepy crawly even when you flip it over. that’s something that’s it living, breathing cousins can’t do. for those who are undaunted by its eeriness, this monster could be yours to fiddle for just $1,199.95. expect to be greeted with features like DYNAMIXEL series robot servos, three degree-of-freedom legs, Arduino-compatible Arbotix Robocontroller, advanced inverse kinematics driven gait engine, six different walking gaits, lithium-polymer battery pack, wireless Xbee control via PC or handheld controller and a rugged ABS construction with black oxide anodized hardware. of course, the most awesome part about this mad scientist toy is, it is based on open source software and is completely hackable and hence, you are welcome to add arms, grippers, cameras and program it go autonomous. now what’s left to do is to weatherproof it and give it a strong, lightweight armor and it will be ready to conquer the world. scroll down for some awesome videos of the Phantom X AX Hexapod in action.