Samsung celebrated Christmas a little differently this year by inviting English singer, pianist, and model Myleene Klass to perform at the Spitafields Markets in London using a special piano. While pianist and Samsung may sound seemingly unrelated, it is not and no, Samsung isn’t going into musical instrument making, at least not yet. The highlight was the ‘piano’ that Myleene uses which was actually formed in its entirety using over 100 Samsung Galaxy Tab S2 tablets. The top to bottom of this ‘piano’ were covered with the Android-powered tablet, including as the keyboard to simulate the keys of a real piano, as well as the upright cabinet which served as an expansive screen that displays Christmas-themed animation to go with the tunes. 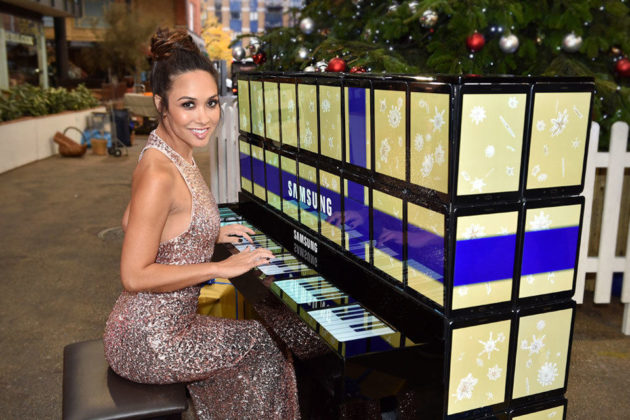 At this point, it is not hard to imagine that some software customization had to be worked into the tablets to get them to work in unison. Anywho, Myleene was there to work her magic on the electronic upright piano to prove that it wasn’t just a display piece. Well, what can we say? Samsung certainly made the point about the tablet’s prowess, but in reality, this ‘piano’ isn’t cheap. According to Best Buy, the 8” model cost $399, which means this creation is no less than $40,000 since it has over 100 of them and that’s not including the work required to get it to the final working form, which would have involve software tinkering and other logistics.

NOW READ  Meet NEON, An AI-driven Avatar That Wants To Be A Friend

Anyways, just basing on the ‘street value’, this musical instrument easily tops out as one of the priciest upright piano in the market. Now that Christmas is over, I wonder what did they do to the tablets? Sell them to staff at a special price or give them away? 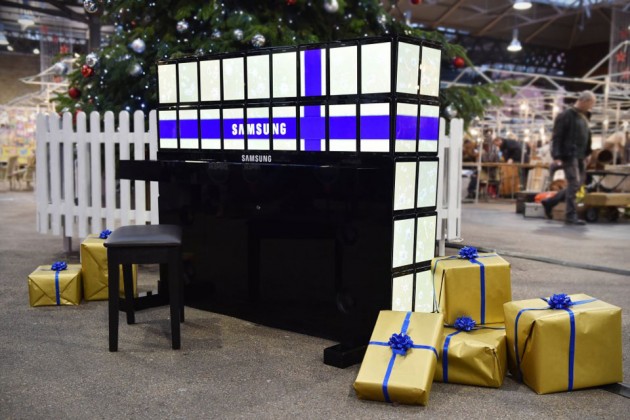 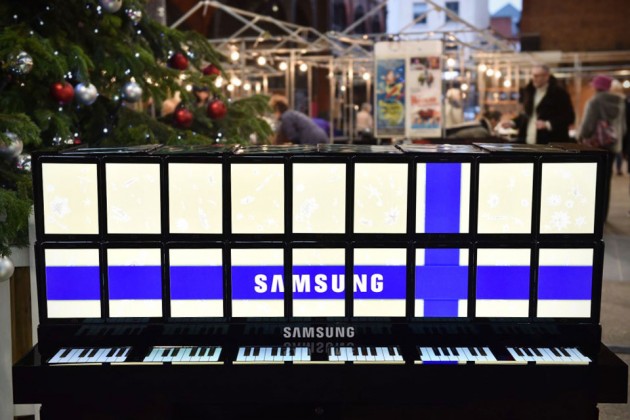