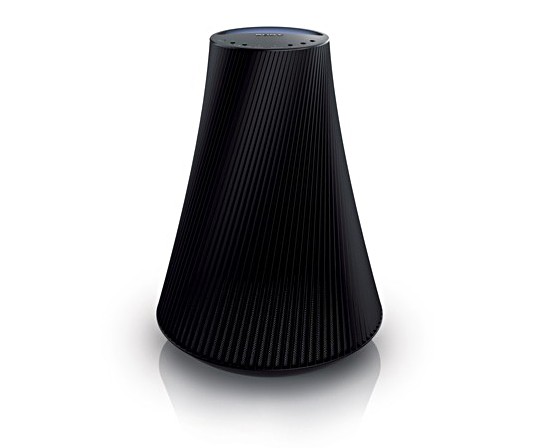 looks like spherical audio is the name of the game for Sony. hot on the heel of its recent announcement of the 360-degree speaker, it has unveil yet another 360-degree speaker, dubbed the Sony SA-NS500. like the circle sound, this speaker also offer omnidirectional sound, sending audio waves to all corners of the room. under the hood, the SA-NS500 boast four drivers, a subwoofer positioned in an “unilateral manner” and a built-in battery pack that’s good for five to six hours of playtime. of course, the highlight is its integration with Apple’s AirPlay technology that enjoy streaming from your iTunes or your iDevices. the Sony SA-NS500 HomeShare speaker is expected to hit the stores around late October or early November with a price tag of $399.
[ad#Google Adsense-text-468×60]