The original Super Soaker pretty much reinvented water gun. It was considered the most advanced water gun of its time until it was usurped by swappable magazine variety and subsequently, the one that shoots water pellets, and now this: Spyra One. Billed as the next-generation water gun, Spyra One promised to deliver consistent pressure, right until the last drop. Speaking of last drop, Spyra One’s innovative design shoots not in spray, but it ejects “water bullets”, each containing 30 ml (1 fl oz.), without actual encapsulation like the Xploderz. 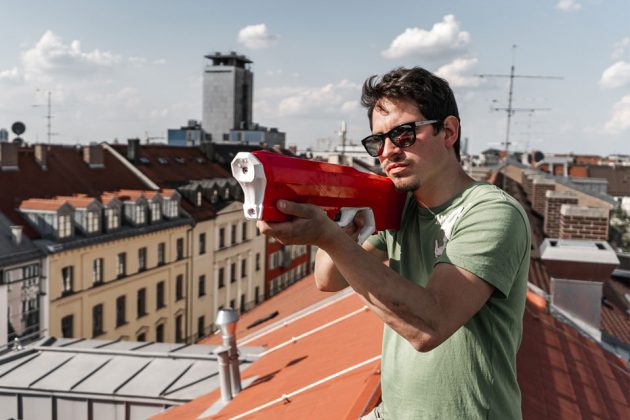 It has an effective range of up to 7.5 meters (25 feet) – a distance which the Germany startup described as “as far as the laws of physics allow.” It will make a maximum range of 12 meters (40 feet), but the result will be in spray. Spyra One has a water reservoir capacity of 750 ml (25 fl oz) which gives you 25 water bullets and the integrated rechargeable battery lets you make 45 fill cycles with 1,125 shots. Now, that right there is good for an all-day water gun battle! 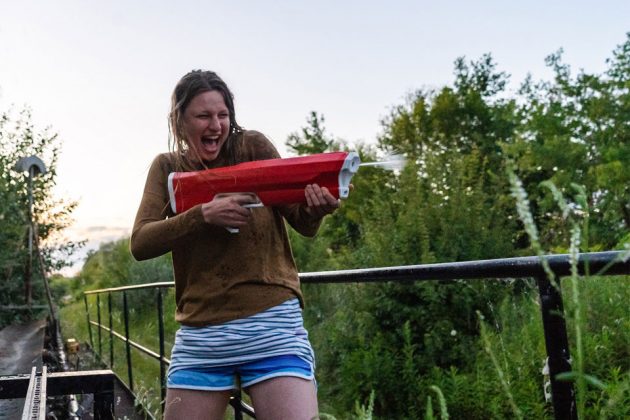 Consistent pressure is one thing. What’s even more dope is, refilling is an absolute breeze – thanks to its auto-refill feature that tops up the reservoir to full in mere 14 seconds. All you have to do is to dip Spyra One’s nozzle into a water body, hit the refill button and let the water gun work its magic. As the tank is being filled, the tank gets re-pressurized at the same time, so you are free to interrupt the refill any time to ward off any intruder and get back to the refilling afterwards.

Furthermore, you will have the freedom to draw water from almost any water source. There’s no worries of particles from jamming up the water gun because, there’s a mechanical filter that will keep solid materials from getting into the water system.

Wrapping up this full-featured, high-tech water gun are a digital display that lets you in on the number of water bullets left and the battery status, a fully electronic trigger that launches exactly 30 ml of water with each squeeze, a textured rubber handle for wet condition handling, a rugged outer shell to stand up to the wildest water gun battles, and finally, there’s a USB-C port for recharging the water gun’s battery (recharging takes about 6 hours). 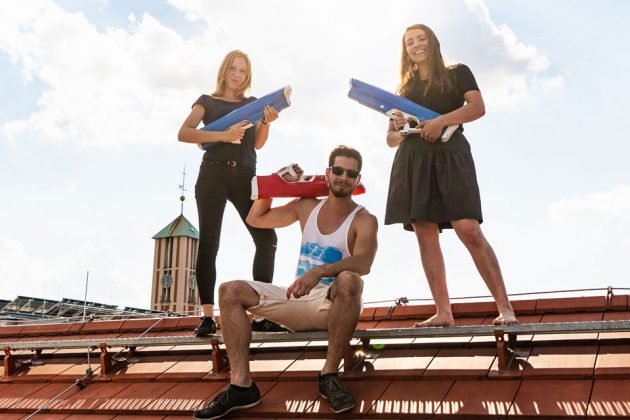 With so many features promised, it is of no surprise that Spyra One’s on-going endeavor on Kickstarter has gotten a lot of love. The campaign, which will end in 33 days or so, has already pulled in over 1,500 backers who contributed more than 200,000 euro (US$250K). I am not going to lie. I am totally sold, but the thing is, €115 (about US$134) is quite an amount to drop for a water gun. But if you have the disposal income, then I’d say, why the hell not?