Who would have thought the Empire’s AT-AT could be so cool as a desk tidy? We never knew AT-AT’s wide and varied applications – even when it has fallen, it turned out to be a super dope tape dispenser too. The Star Wars AT-AT Tape Dispenser is not articulated, though. It is made of resin and serve as a beautiful desk sculpture of sort, as well as a grim reminder that this imposing walker had a very deadly achilles’ heel, which incidentally is at its heel/lower limbs section. 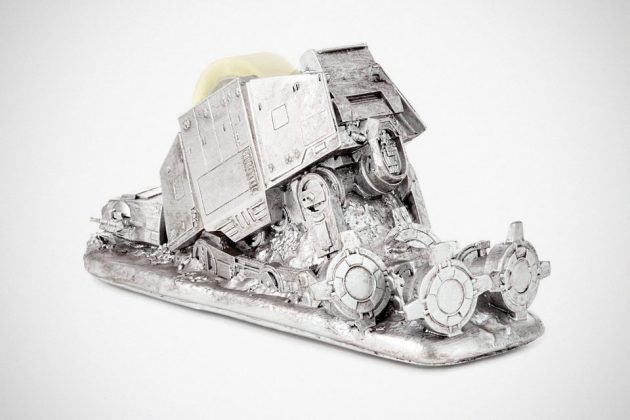 It is a shame that such a majestic piece of rebel-crushing war machine could be so frail, eh? But I guess for the non-fictional world, it turns out to be a blessing because, the chassis of a fallen AT-AT becomes a purposeful tape dispenser that, IMHO, no Star Wars fans should live without. Who knows? You Imperial support may just find a way to mend the downed walker with the included tape? OK. Maybe not. Duct tape is plausible, but surely not this tape here.

Anyways, I think it will make a perfect companion if you already have the AT-AT desk tidy from Bandai. If you are keen, you can grab a unit off from Amazon for $48.92.