if you have been following this blog, chances are you have read about Sugru, a super flexible compound that lets mend and make virtually anything you can think of. well, you probably already know that, don’t you? but what you didn’t know is, it was also part of material that made up this awesome water gatling gun. yes. gatling gun aka mini gun, the the fearsome, multi-barrel machine gun that rains metal slugs on thy enemies, causing pretty nasty damages and now, the same concept has been turned into a water gun or pistol, if you will, by one Alex Bygrave and the Sugru engineering and material teams. it took the 27-year-old engineer from Streatham Hill, South London, 50 hours to design and put together this super cool water ejecting Gatling gun with nothing more than everyday parts, ranging from black cab’s windscreen wiper to walking pole and of course, Sugru. 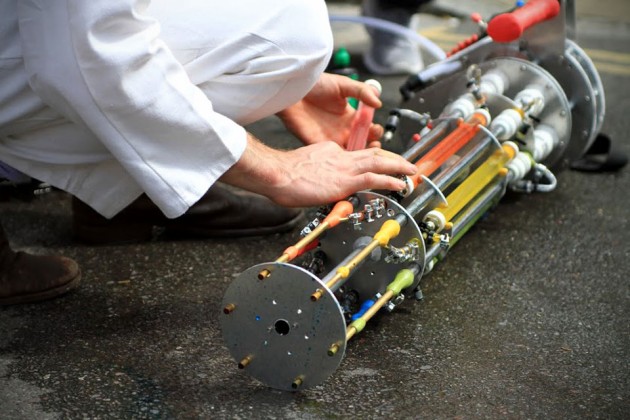 the result is a water gun like no other, featuring a repurposed CO2 welding canister as the water reservoir with 10 liters capacity and a firing range of 40 feet (12 meters). while this water-squirting Gatling gun is based on 19th century design, the team added a new fun twist to it: it is actually a rainbow gatling water gun with each barrel spitting out a different colored water, made possible by food dye, to rain your artistic damage on your opponents. though the water gatling gun consists mainly of everyday parts, it is apparently valued at a cool £1,250 (or about US$2,130). whoa. keeping going for some words from the horse’s mouth and also a video of the water gatling gun in action. 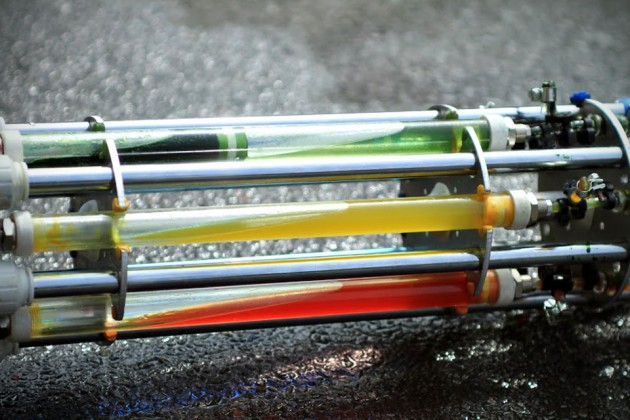 p.s. we just wish the dude in the video had held the rig at his hip rather then his groin area. looks a little awkward in our humble opinion. just saying…

p.p.s. if you are technically-inclined person, you can actually make your own water Gatling gun by following Sugru’s instructions on Instructables.