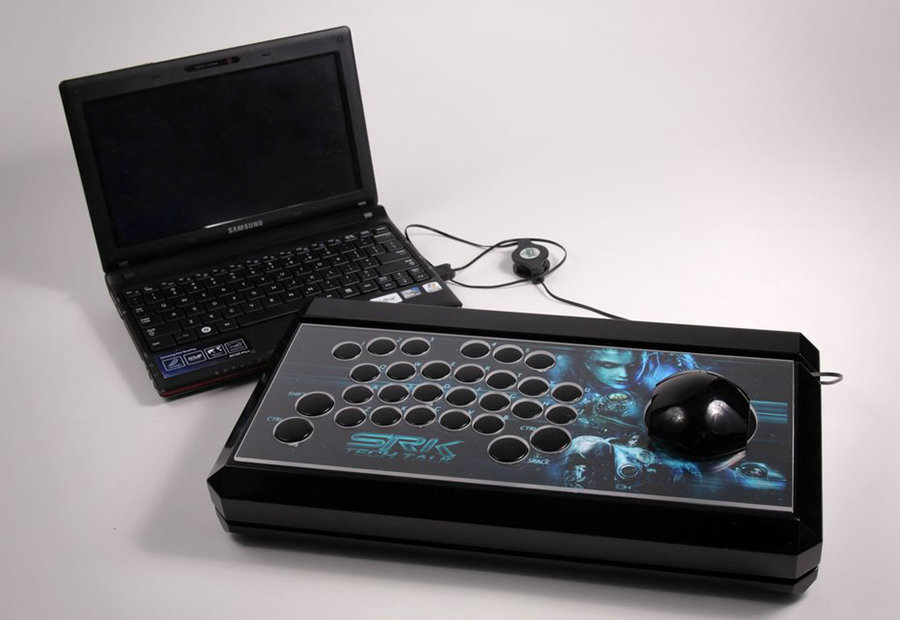 the definition of cool is wide and varied but one thing for sure is, you will know something is cool the first time you set eyes on it. the Ultimate Starcraft II Arcade Stick Controller is one such example. you don’t need to be a huge Starcraft or fighting games fan to know this controller is one heck of a beauty. custom made by one Mauricio Romano, this particular joystick is a fusion of RTS (that’s stand for real time strategy, if you don’t already know) and fighter game (think Streetfighter) controls. however, under the hood, it is essentially a keyboard and mouse combo but without those unnecessary keys. what are left includes a semi-spherical ball which is actually a two-button mouse built from an Ultrastik analog joystick, reconfigured into a pointing device and instead of the usually a mess of keys typical of a keyboard, it has several Sanwa buttons similar to those you see in arcade sticks with the larger buttons at the bottom left and right hand side representing the CRTL, SHIFT, and Space (bar) keys. the Ultimate Starcraft II Arcade Stick Controller is the winning entry by Romano in a SRK commissioned cross-over contest to design and build the ultimate Starcraft II arcade stick and it is a fully operational joystick. hit the jump for a pretty lengthy video of the controller in action or check out the build process HERE.