The concept of monowheel electric vehicle such as the Uno Bolt you see here is certainly not new. But it is certainly new when it comes what goes inside of it. It has what its creator called Gyro Force Technology. The built-in stabilizer sensors make it the quickest responding gyroscope to be outfitted in an monowheel electric vehicle. And it has a seat so for those who prefer not to stand balancing it and that, my friend, sounds like a win to us. Aesthetically, it looks much like the Ryno Microcycle we saw a few years ago, except it is a lot trimmed. Meaning, it looks a lot less like a one-wheel motorcycle and a lot like a last mile transportation. 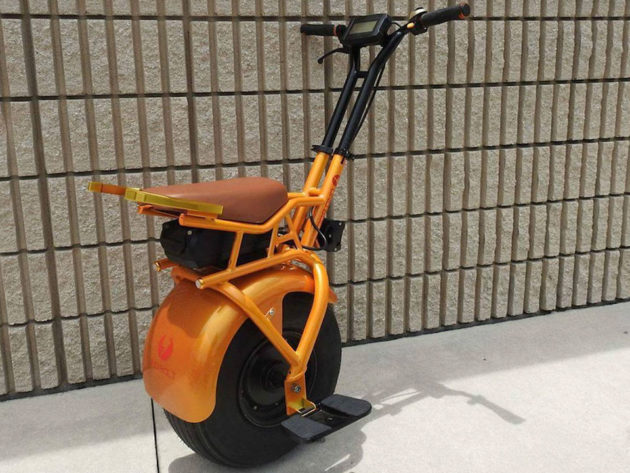 Powered by a 1000W motor, this 45 pounds (20 kilograms) monowheel electric vehicle is capable of a top speed of 22 miles an hour (35 km/h) and the ability to tackle incline of to a maximum of 45 degrees. Keeping the motor juiced is a 4.4 Ah lithium battery that offers a range of up to 25 miles (40 kilometers) in between charges. Speaking of charges, it can be recharged from zero percent to full in just 45 minutes – a feature which makes this ride stands out. Seriously, nobody fancy long wait in between rides and for now, 45 minutes seem like fair wait until a battery and battery charging solution are realized.

Other key features with noting include LED lights for visibility during low-light riding, a chubby tire that is good for both on and off road, a hefty 280 pounds (127 kilograms) capacity, integrated LED display for essential parameters, military-grade alloy tubular steel construction, electronic response braking system, built-in electronic horn, foldable rubber-gripped foot rest, high ILD rated seat for a comfortable ride, and an full adjustable rearview mirror. Now, aesthetically, it is not the prettiest, to be honest, but it does look kind of cool because of its T-Bob appearance, albeit one that’s a lot skinnier and it is fairly affordable too.

It has an asking price of $999-1,099 and if the response on Kickstarter anything to go by, we’d say it is indeed competitively priced. But that’s only if you acquired it by pre-ordering on Kickstarter in the next 40 days or so. And yes, the campaign has met its funding goal and so, the product is a go. Keep going to catch the product pitch video to learn more. 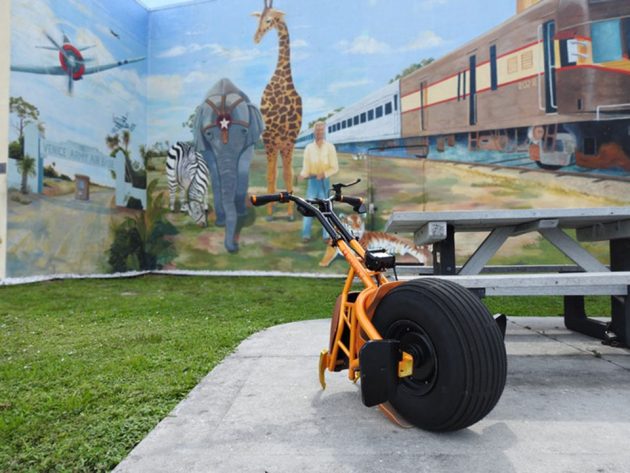 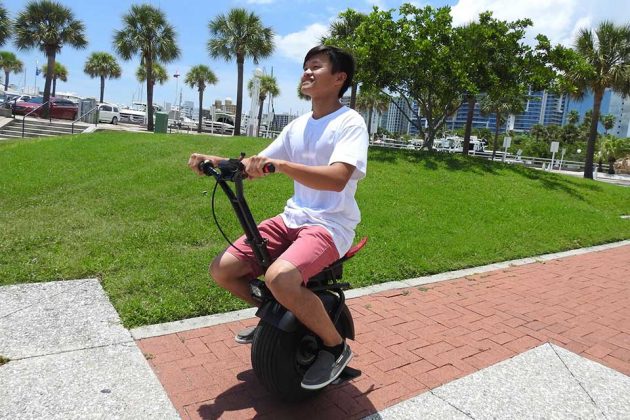