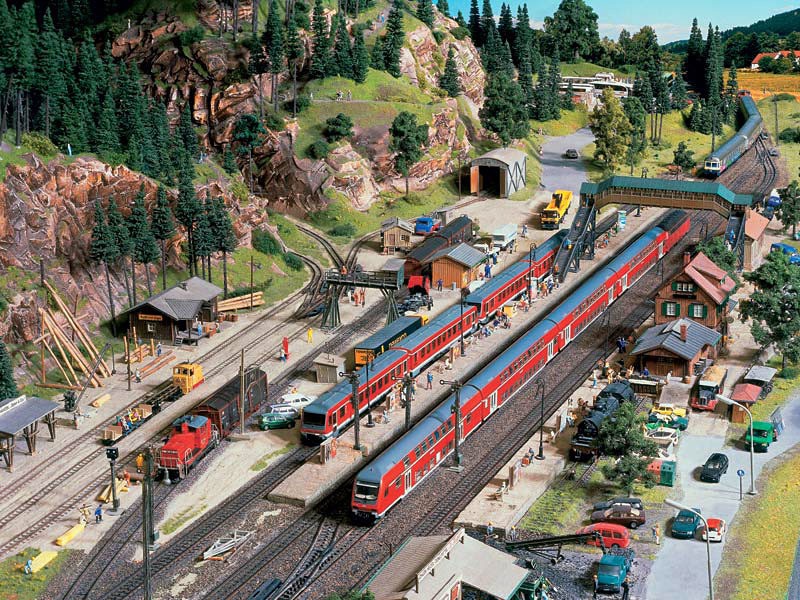 for people who are fascinated by the workings of the world, it can be frustrating not being able to see those workings with a bird’s eye view physically. not even if you are a Superman, who theoretically, doesn’t exist anyway. the next best thing would be to visit the Miniatur Wunderland located in Hamburg, Germany. we featured the Knuffingen Miniature Airport of this breathtaking museum of the miniatures back in May, and now they have a new video to showoff to the world. the Miniatur Wunderland boost the world’s largest model railway with a mind boggling 13km of railway tracks with about 930 trains and 14,450 wagons traveling through it. other highlights of this surreal miniature setup includes 215,000 hand-glued figurines, and 300,000 mini LEDs were used for the lighting effect for buildings, autos, aircrafts and ships. as it stands, this miniature world is worth 15,000,000 Euro and received a million visitors each year. sadly, i wasn’t part of that number but i sure hope i will have the opportunity in near future. for more information, facts and figures on this awesome museum, do head down to Wunderland facts page at Miniatur Wunderland official website. in the meantime, hit past the jump for a five-minute Miniatur Wunderland Official Video 2012. trust me, you won’t want to miss it.
[ad#Google Adsense-text-468×60]

Thanks Theresa Schuette for the hat tip!