”Do you wake up, worrying about your lamp that it does not have enough testosterone and doesn’t represent you as a man?” Those were the words from our favorite madcap British garage inventor, plumber-turn-YouTube celebrity Colin Furze. So, what did he do about the lack of manliness in a lamp? Well, he fuses a chainsaw with a lamp to create a Chainsaw Lamp. 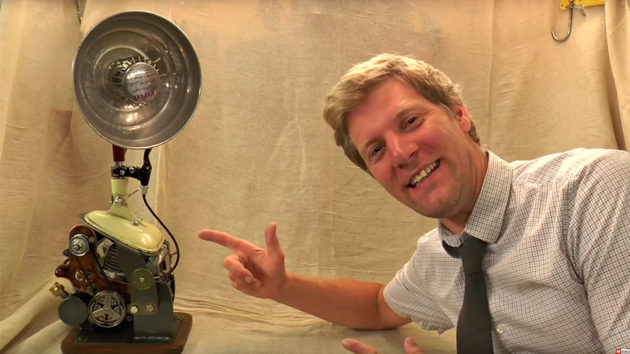 But don’t worry. This Chainsaw Lamp won’t cut. In other words, psycho killers won’t be pleased. It does, however, spews out quite some smoke from its two-stroke engine that could suffocate you. That said, it is not exactly the most practical of all lamps, but hey, we gotta to give it to Furze for the super cool steampunk-ish look. 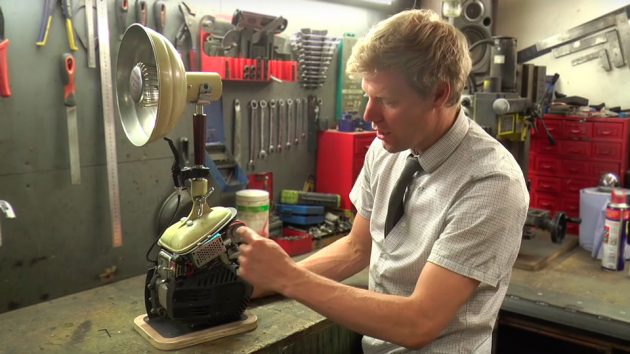 In case you are wondering, the lamp is powered by a chainsaw motor pulled from an old chainsaw, hooked to a generator to provide electricity, and so, yeah, this thing is really a chainsaw lamp, less the chainsaw, of course. The obvious pros of this is, it needs no outlet to get going. Just add gas and you are all set, but the cons is, as mentioned, you have to put up with the smoke the motor produces.

But hell, we are not here for the practicality; we are all for it because, chainsaw. Seriously, you can’t get any manlier than a chainsaw, can you? Oh sure. You can try it with some cold ones, but lets see how that works out for a lamp. Spoiler alert: not good. Keep going for the Chainsaw Lamp action video and after which, there is another video on how it was made.