no. that’s not a modified Mac mini, though it does have an uncanny resemblance to the Apple’s mini desktop computer. it is the CherryCharger wireless induction charger from the same dude who brought to you the weighty ConcreteCharger and this one is for the wood lovers. crafted out of old reclaimed black cherry planks sourced just outside of Scranton, Pennsylvania, the CherryCharger features the same technology like its concrete counterpart, but now with a soft top made out of wool felt instead of the cork top. sandwiched between the beautiful black cherry base and the wool felt top is a cool polycarbonate “light blade” that’s design to emit light indicating the charging status. the example you see here is a single device charger and it also uses the widely adopted Qi wireless standard, which means any devices equipped with the same wireless charging standard such as the Nexus 4 and the Nokia Lumia 920, or devices fitted with Qi wireless standard cases and dongles, will work with the CherryCharger. 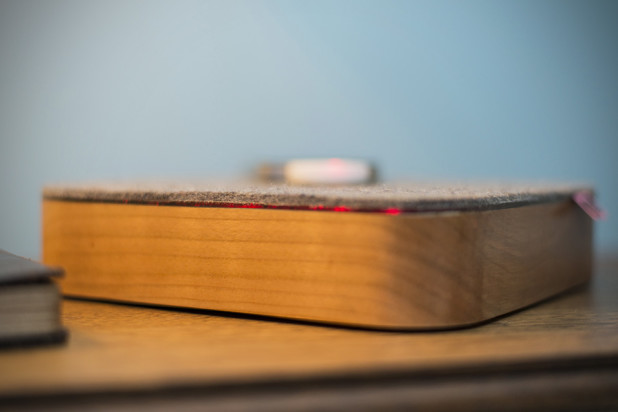