The rather infamous and much used Hoverboard, as we all know now, does not quite hovers. It is nothing more than a miniature Segway except that it has no handlebar, but surprisingly, it has quite a following and there are even folks who step out and create accessories for it. We have seen how it can be converted to a self-propelled mobile beach chair and a ski-like electric vehicle, now another outfit wants to turn it into a go-kart. California-based HoverPowered is the startup behind the idea of the Hoverboard go-kart called HoverKart which turns a regular Hoverboard into a go-kart, complete with a swiveling third wheel, an adjustable frame, along with handlebars and slidable “race-inspired seat” to accommodate different ages and sizes. 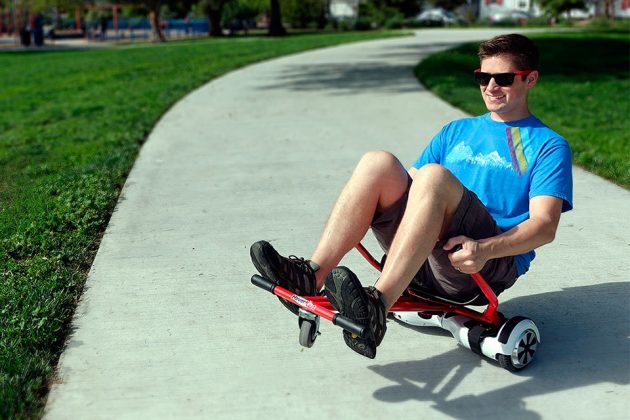 Naturally, given a third wheel and the rider seated rather than standing, the HoverKart-equipped Hoverboard can now traverse across multitude of terrains otherwise not possible with just two wheels. It can now, depending on the version of your Hoverboard, cruise across dirt, grass, and even packed sand, in addition to the regular smooth surfaces. In a way, the HoverKart-equipped Hoverboard is like the drift car, except that it is electric powered and if the video was to be believed, it looks like super fun and who knows? HoverKart might just revive consumers’ interest in Hoverboard as HoverPowered have suggested.

However, instead of going direct to production themselves, HoverPowered has turned to Kickstarter in hope to raise a rather lofty $150K to fund the production. Avid hoverboard users will need to plonk down at least $100 for the kit and as always, whether you will be able to realize the Hoverboard go-kart dream will depend on the funding outcome. 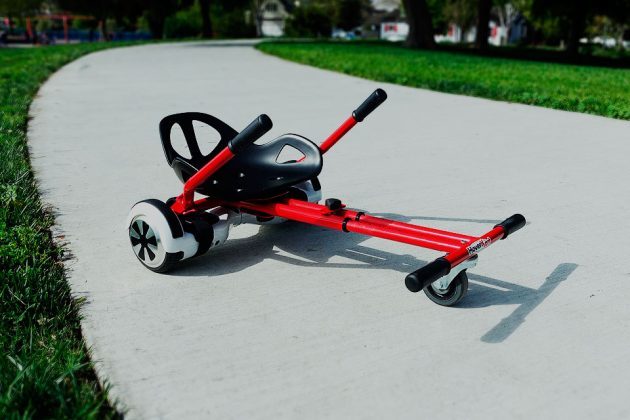 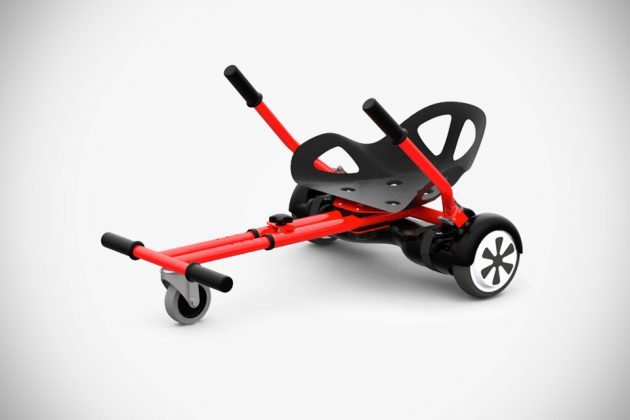