Thinking out-of-the-box is a NOT thing with most automakers. Tell them the goal is to reduce emissions, they give you hybrid or electric vehicles. While KIA and Hyundai also does the same, their latest plan will make them stands out. KIA Motors and its parent company, Hyundai, has revealed plans to introduce ‘solar roof’ charging technology on select Hyundai Motor Group vehicles. The solar panels are specially designed to be incorporated into the roof of the vehicles, to support hybrid and fully-electric vehicles, and even internal combustion engine vehicles. 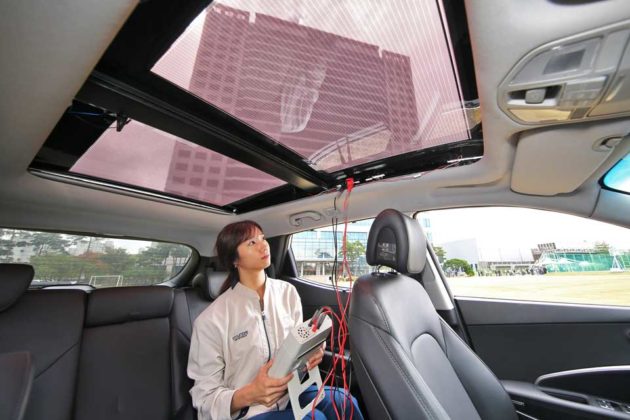 How the technology will help fuel efficiency and range in ICE vehicles is something I cannot get my head around. However, how solar charging roof can serve to support the automobile’s main power source in hybrid and fully-electric vehicles is pretty much self-explanatory. Three types of solar roof charging systems are being developed. The first-generation system is designed with hybrid vehicles in mind, while the second-generation technology will introduce a semi-transparent solar roof system to IC engine vehicles.

The third-generation will see full-electric rides getting a lightweight solar roof, and possibly on the hood too. KIA Motors said that the first-generation system will be able to charge 30-60 percent of the battery “over the course of a normal day.” As for the second-generation technology, this is how it is going to work:

“The second-generation semi-transparent solar roof will be applied to ICE vehicles, representing a world-first application for the technology. The semi-transparent technologies can be integrated with a panoramic sunroof, letting light through into the cabin, whilst charging the vehicle’s battery at the same time. Applying solar charging systems to ICE vehicles will help them comply with ever more stringent global environmental laws regulating CO2 emissions.”

Nope. I still don’t get how it will help ICE vehicles. Information on the third-generation system is scarce at this point as it is currently under testing, but in general, this is how the Hyundai Motor Group’s solar panel technology works:

“The solar charging system is composed of a solar panel, a controller and a battery. As the panel absorbs photons of light from the sun, it creates electron-hole pairs in silicon cells, enabling current to flow and generating electricity. 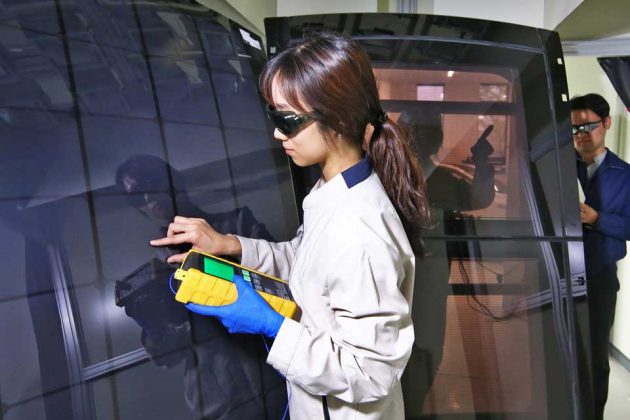 When a 100W solar panel is equipped, it can produce up to 100 Wh of energy (in ideal conditions: summer noon, 1000 W/m2 intensity of radiation). The controller features Maximum Power Point Tracking (MPPT), which controls voltage and current to increase the efficiency of electricity harvested by the solar panel. This power is converted and stored in the battery, or utilized to decrease load on the vehicle’s alternating current (AC) generator, thereby increasing vehicle range.”

Hyundai Motor Group is expected to launch the first generation of the solar charging technology into its vehicles “after 2019.” While we are as excited as Hyundai and KIA over this development, this technology is only as good if the running cost, specifically the insurance, of the vehicle is not bumped up. I still recall how my old Nissan S13 Silvia insurance costs more simply because of the windscreen which was of a special material due to the HUD feature. That was for a windscreen. I can only imagine how much more it will cost to replace the roof if anything unfortunate were to happen to it and that will inadvertently drive up the cost of insuring such vehicles.