We charge while in a car, at a train station, in the office, at home and pretty much everywhere else when those gadgets beep to be recharged, which means most of us have a whole lot to carry with us, including multiple wall chargers and portable battery for times when wall outlets are a luxury. As it is, that doesn’t look like an ideal scenario, you know, being bogged down by tons of necessary evils, which can be especially damaging to your travel-light policy. This is where NFTY (pronounced as ‘nifty’) PL+S by Designed by Many wants to help. First and foremost, it is a pocket size charging solution, but despite measuring a diminutive 2.25 x 2.25 x 1.15 inches (5.7 x 5.7 x 2.9 cm) and weighing under 6 oz, it is one charging device that will have your smartwatch, smartphone, tablet, and basically anything that charges through USB, covered.

It packs a 4,000 mAh lithium polymer battery for on-the-go charging, a USB charger that plugs into your laptop or PC’s USB port, a two-prong wall charger for drawing juice direct from wall outlet, a car plug that works with your car’s 12V socket (aka cigarette lighter), and it has four female USB ports for charging multiple devices simultaneously. But those are the obvious. The not so obvious is it incorporates NFTY charge technology, which basically redirects the charge to its internal battery once it detects the device is fully charged. And from then on, it will take just 90 minutes for NFTY to be fully topped. Finally, there is a cable management system integrated into its polycarbonate composite housing designed to help keep your USB cable neat and tidy.

NOW READ  Sony Off-Ear Headphones: It’s A Pair Of Headphones That Does Not Touch Your Ears

NFTY sure sounds like something today’s gadget-toting folks could use and definitely worthy of the claim as “the world’s first truly portable all-in-one charging solution.” You can pre-order the NFTY PL+S All-in-One Charging Solution & Battery Bank on Indiegogo for an early bird price of $55, which includes the charger itself and a braided MFI Apple Lightning cable or a braided micro USB cable. Scroll down for a video of the prototype in action. 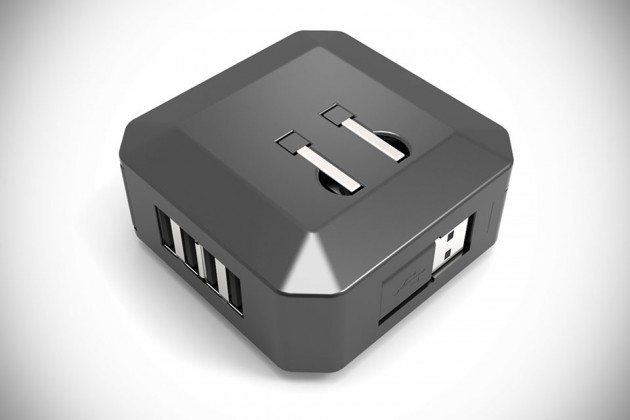 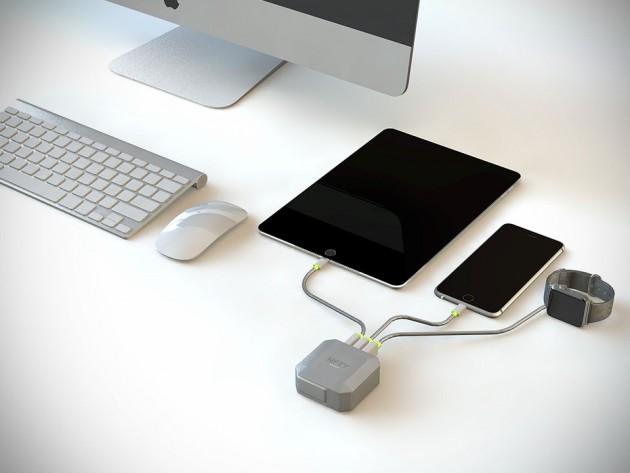