Forget about cumbersome desktop scanners, a Munich-based startup has devised a beautiful accessory that will turn today’s powerful smartphone into a scanner, well, kind off. Dubbed scanPAD, it is basically a precision machined aluminum stand that uses patent-pending suction pad to hold a smartphone overhead as it takes stills of whatever that’s place beneath it, on an A4-size surface with the same patent-pending nanotechnology pad. It is really that simple. It uses no special app or any trickery to work. Instead it leverages on your smartphone’s camera app or whatever app that you are comfortable with to snaps photos of the documents.

What scanPAD does for you is essentially what most of us have been doing: capturing images of receipts, documents, and stuff with our smartphones, but it does so with consistency as the distance between the surface and the overhead post where the smartphone is placed, is fixed and eliminates shaky hands altogether. In addition to ‘scanning’, scanPAD can also be used as a mini photo studio and thanks to the dual-sided pad which has a blue surface on one side, it lets you easily isolate 3D object with blue screen technology, while native feature of a smartphone such as AirPlay, allows it to function easily as an overhead projector for your presentation needs. 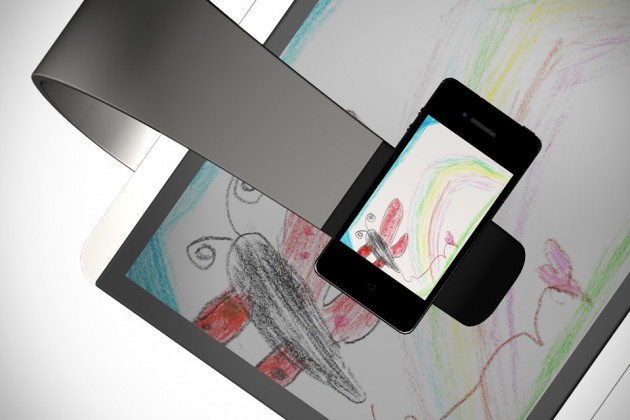 At this point, we are assuming that the distance between the overhead post and the surface are calculated to ensure that most smartphone’s camera would be able to frame the entire surface like they have depicted in the pitch video. That’s kind of important, cos’ the last thing anyone wants is to have the document truncated abruptly. And when you are done with using it as scanner, mini photo studio or overhead projector, scanPAD can doubles as a big-ass (but beautiful) smartphone stand, suitable for handsfree calls and stuff. I bet this crafted piece of aerospace aluminum will look pretty in any contemporary workspace even when not in use.

If anything, your guests may just thought that an IMac was ripped from its stand. If you are all up for a minimalistic scanning solution, you can hit up scanPAD’s Kickstarter campaign and pre-order one for €99 (about US$105). If everything goes as planned, you should be seeing scanPAD at your doorstep a few months down the road in February 2016. 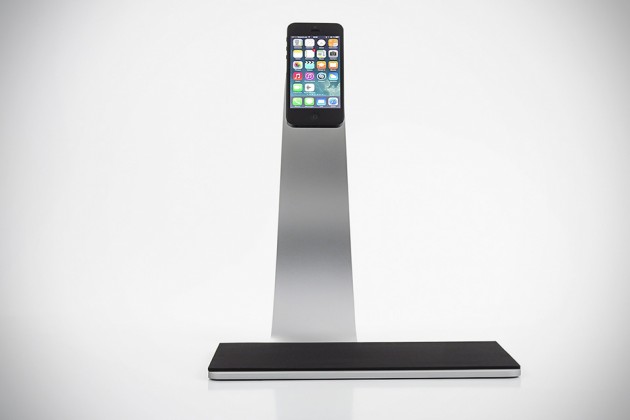 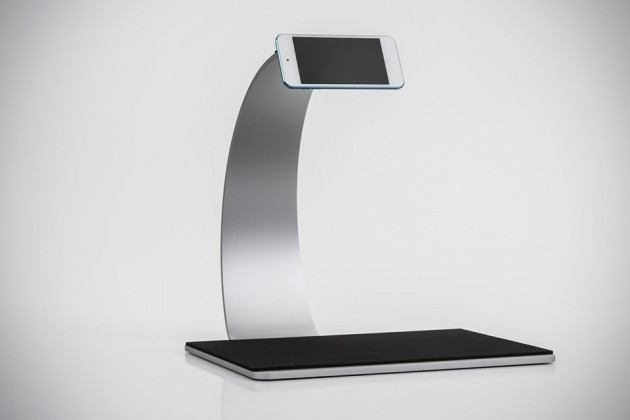