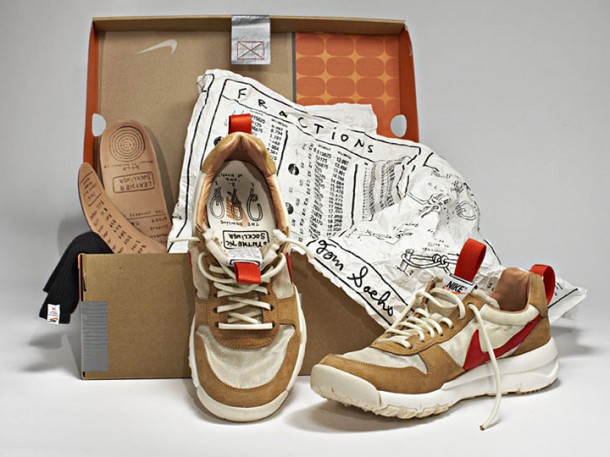 being an astronaut was many people’s dream when they were a kid. sadly, the reality is, some dream will always remain a dream for majority of us and as we grew up witnessing the cruel reality of our fading dream, we went on to become a street hustler, fashion junkies or whatever. then our shot of becoming a brief astronaut came around but instead, we found ourselves digging desperately for quarter of a million which we don’t have. we’ll be damned. no spaceship and no little red planet for us. end of the story. but things don’t have to end with such a sad note. equipping yourself with Tom Sachs for Nike Sportswear line of collection is the probably the closest, we mere mortals, can get to realize our astronaut dream. at least, to tie us over till we managed to find enough money for a space travel ticket. this collaboration between designer Tom Sachs and Nike, collectively dubbed as Nikecraft, comprises of everyday wearable items including sneakers, jackets and bags that are crafted from materials such as Vectran fabric, a fabric used on the Mars Excursion Rover airbags, mainsails for boats, and NASA spacesuits. these products are as space-geeky as they can get and yet, rugged and stylish. our favorites got to be the Mars Yard Shoes ($385) and the Lightweight Tote bag ($700) that doubles as a camping/survival kit. hit the jump for a few more look.