the Batman collectible figure features Hot Toys’ patented Parallel Eyeball Rolling System (PERS), four newly sculpted interchangeable expressions (as in the the mouth/jaw portion of The Dark Knight), plus a cache of finely sculpted weapons and accessories. the 37cm (15 inches) tall Armory sports movable armory doors and shelves, and a super cool light-up function on the armory ceiling that can be activated with the included remote. each figure offers over 30 points of articulation and features hand-painted head sculpt with (eerily) movie-accurate facial features, interchangeable palms, and stands 30 cm tall (12 inches). expect the Batman Armory with Bruce Wayne and Alfred Pennyworth to hit the market sometime in 2nd and 3rd Quarter of 2014. 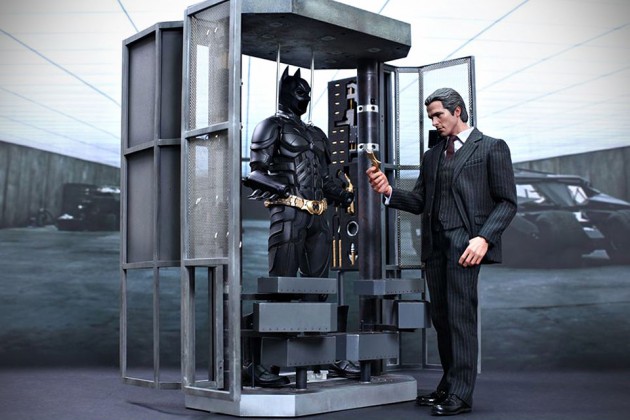