Remember the smartphone battery case that looks like Pokédex? If you have no access to 3D printer and/or do not have knack for cobbling things together, Brooklyn-based design duo, Reid Covington and Chase Larson, is willing to sell you one for $69 or more. However, unlike the DIY version, this Pokédex-like battery case for smartphone, called Chargemander, packs quite a serious punch, or at least that’s what GogoToro, as the duo is called, claimed. Beneath its Pokédex case, it is loaded with a 5,200 mAh which the duo claims as “best-in-class,” offering your smartphone with up to 33 hours of extra Pokémon Go gaming while still fits right into the back pocket of your trusty jeans. 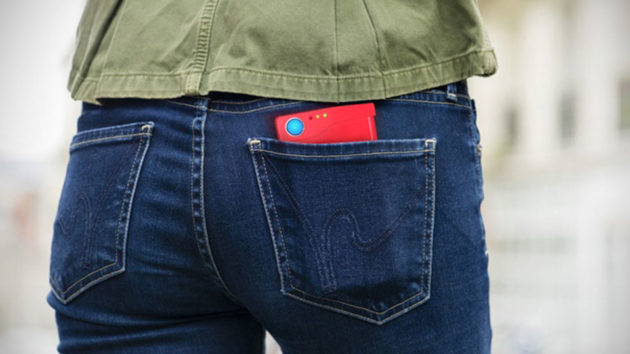 While 5,200 mAh may not be shockingly a lot, it does promise to get you that extra 300% battery with just 15 minutes of charge. This means that 15 minutes is all you need to get the battery case up and ready for your Pokémon Go hunting. Now, if that’s true, that could be supercharger of the battery case’s world. Hell, it could be the holy grail of battery charger of all kinds. In addition to providing you the juice, the case looks the part for your game of Pokémon Go too – thanks to its Kanto-era Pokédex design complete with a totally functional blue ball along with classic color LEDs. At simple push of the blue ball, you will be informed of the battery’s status and last but not the least, the front cover that serves to protect your device’s screen when closed, also doubles a stand to prop up your device too.

If anything, Chargemander has proven that Pokémon Go gamers are not only in dire need for juice but also one that totally looks the part, and its Kickstarter performance to date is a testament of those needs. The campaign blew past its funding goal of $15,000 within hours of going live and it has since garnered over 900 backers with over $65K in funding. Now, all we need is for the duo to deliver as promised and on time. Having said that, if you are keen, you can pre-order this awesome and fitting battery case for Pokémon Go gamers for 69-89 bucks on Kickstarter and if goes as planned, Chargemander should be at your doorstep sometime in October 2016.