Designer Richard Clarkson is known for a lot artsy stuff, but nothing from his portfolio stood out more than his cloud sculptures. You see, Richard here is kind of like X-Men’s Storm. He can whip up quite a storm. Granted, he won’t do damages like Ororo Munroe does when she is really pissed. His is a different kind of storm, or should we say, his work of art has an element of a storm. Clarkson’s much talked about cloud has seen it being transformed into a ceiling light, a super cool Bluetooth speaker and now, it has come to your desktop as a desk lamp.

Dubbed Floating Cloud 2.0, it combines the effect found on the ceiling variety with the Bluetooth speaker incarnation to result in a levitating Cloud that should create quite a spectacle when it is being used as a desk lamp. As with most magnetic levitation device, magnetic elements in the highly realistic cloud and the wall outlet-powered based enables the cloud to levitate, rotating, bobbing up and down, in the process. It is just the real deal, except that it won’t be blown away. Together with the LEDs embedded inside the cotton-ish mass, Floating Cloud Lamp offers quite a visual spectacle. It can light up in a myriad of colors in a manner no clouds can do, or recreate thunderstorm-like patterns. 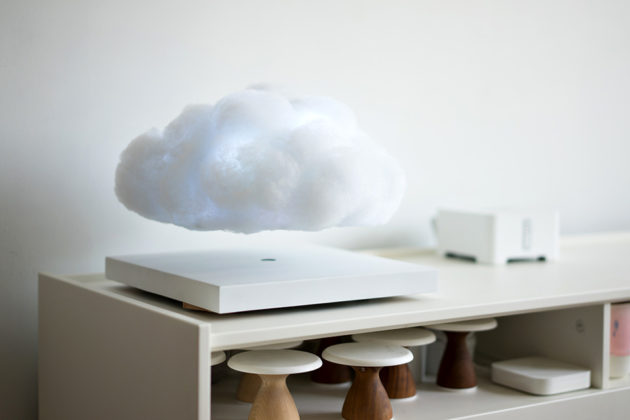 Not being a Bluetooth speaker does mean this storm is silent. Ok, it is silent in auditory sense. However, it does ‘speak’ with lights. It is designed to response to the audio pumped out by your sound system, spoken voice and any other loud sounds. So, it is kind of emotive, in a way. Beyond all that, at its heart, it is still an ambient light that is bound to invite conversation. I have always been awed by Richard’s Cloud and while without doubt intriguing and unique, I always wonder about the practicality of it. I mean, dust settling it over time can’t be easily removed, can it? Food for thought, eh? In any case, it won’t be an issue many will face because, at $4,620 a pop, I am quite positive that not a lot of people will be moved to place one in their homes. 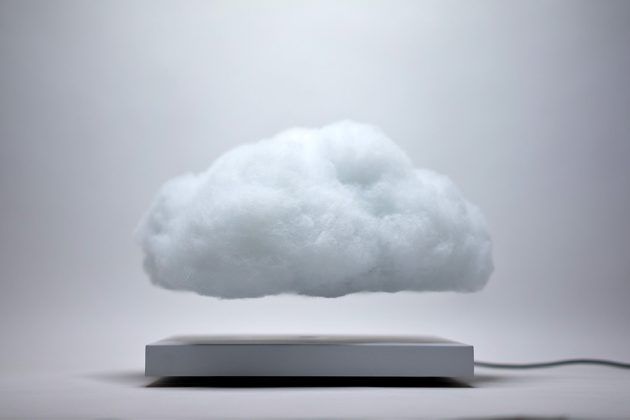