You know it is coming and here it is, the new LG V40 ThinQ. This latest in LG’s V series is, again, touted as a “multimedia powerhouse.” Powered by today’s flagship SoC, the Qualcomm Snapdragon 845 Mobile Platform paired with 6 GB of RAM and 64 or 128 GB of storage, the V40 ThinQ (stylized as V40 ThinQ, as before) gets a 6.4-inch FullVision OLED display that touts even narrower bezels, along with a three-camera rear shooter. 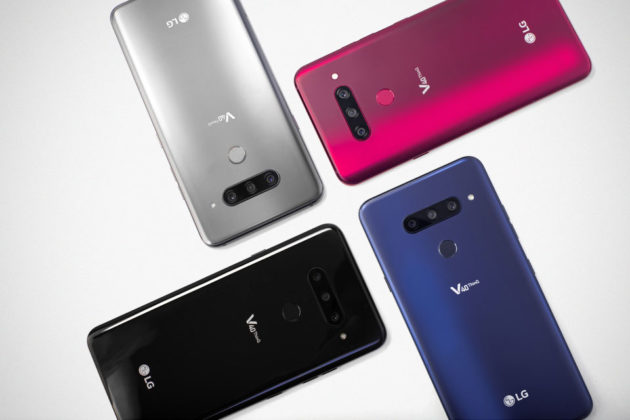 The three-camera setup is composed of a 16 MP 107-degree super wide-angle, a 12 MP standard angle, and a 12 MP 2x optical zoom telephoto cameras. Around the front is dual-camera shooter, comprising of a 5 MP wide-angle lens and a 8 MP standard angle item, that work together to create the bokeh effect based on your desire – thanks to an on-screen slider that allows you to adjust amount of background blur.

Moreover, the main rear camera now boasts around 40 percent more pixel size over the V30, bumping it from 1 μm to 1.4 μm, while its image sensor is more than 18 percent larger then the V30. LG said the main camera’s f1.5 aperture offers “greater depth of field, half the shutter lag, and significantly faster burst mode” over the last V series device. And then there is, of course, dual PDAF that touts 50 percent faster AF and also the presence of advanced HDR. The imaging prowess is backed by AI too, including AI Composition and AI Auto White Balance, and AI Shutter. 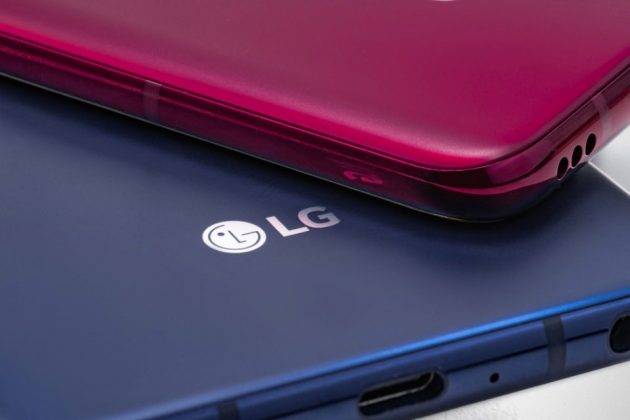 In addition, mobile audio buff will be glad to know that the V40 is the first LG phone to be tuned with Meridian Audio and features 32-bit HIFI Quad DAC, alongside Boombox Speaker, first seen on LG G7 ThinQ. Design-wise, LG said the V40 ThinQ has a minimalist design built to last, but really, there is nothing to shout about. It is, well, just pretty as with many of today’s smartphones.

However, it does have an interesting practical feature and that is the proprietary Silky Blast process that etches the tempered glass back with microscopic pits to create a smoother matte finish that is not as slippery as it looks, plus it is little more resistance to fingerprints and stains. Last but not least, the device passed 14 MIL-STD 810G standards and it is IP68 rated.

If you are keen, skip ahead for a summary of the device’s specifications. 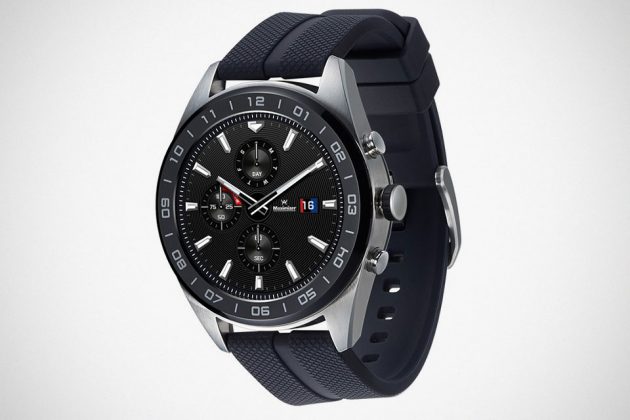 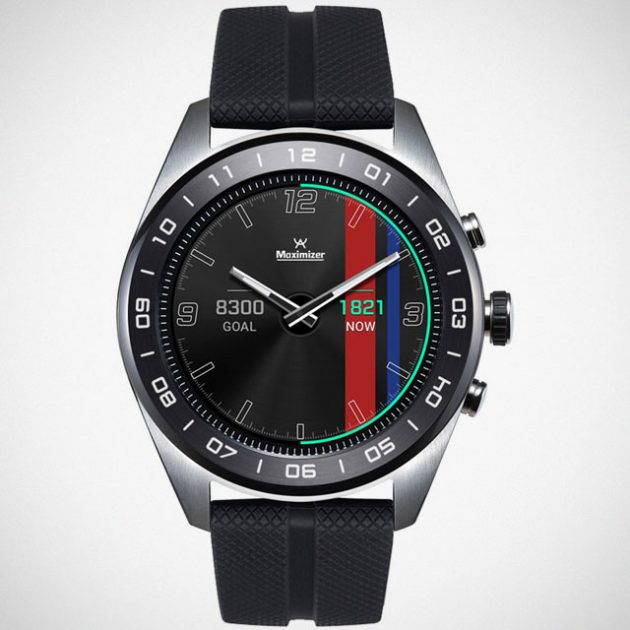 It features a quartz movement with physical watch hands, along with Qualcomm Snapdragon Wear 2100 Platform and a 1.2-inch display beneath the analog hands. It has 768 MB LPDDR3 RAM, 4 GB eMMC, WiFi and Bluetooth technology, along with USB Type-C 2.0, sensors (9-axis and pressure), and a 240 mAh battery good for two days when in full operation mode, or an additional 3-4 days in analog-only model. In mechanical mode with not smart functionality, it can go on for up to 100 days before needing to recharge.

Pricing and exact availability for both devices are not known at this point.